Who’s who at Korean War Memorial 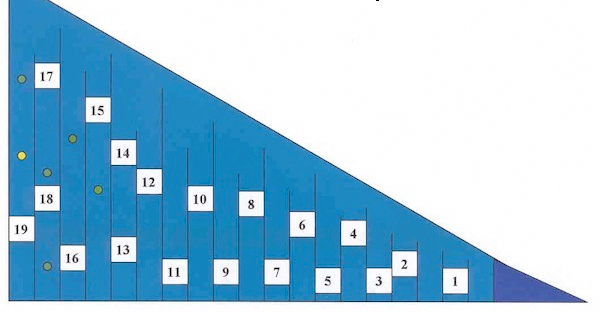 There are 19 soldiers at the Korean War Memorial. They look much alike to the average civilian. For a long time I relied on military members on my tours to teach me who was who largely based on headgear.

But thanks to fellow guide Tim Krepp, I can also share an Army website link that shows each soldier, too.

There are 14 Army, 3 Marines, 1 Air Force and 1 Navy in the unit to represent all four military branches serving in Korea. 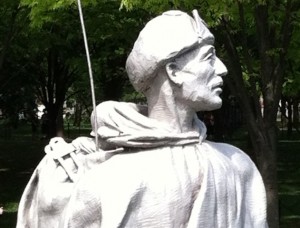 The Navy member (#9) is a medic. The website says one of the Marines (#14) is also a medic and the other two are a gunner (#12) and his assistant (#13). The Air Force (#11) seen left is a ground controller. The Army are riflemen, scouts, radio operator and squad leader.

Below are two of the Marines. The one facing is the medic, the other is assistant gunner. Notice the wrinkles on their helmet as the best indicator of being Marines. 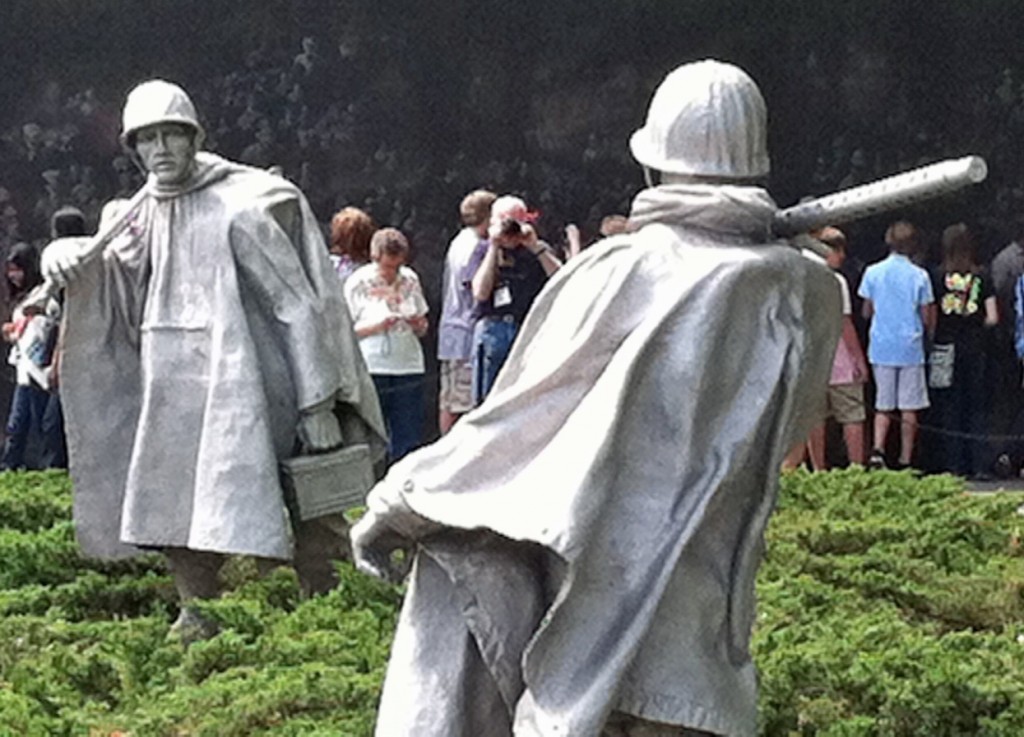 Rick Snider is a native Washingtonian, long-time journalist and licensed tour guide since 2010.
View all posts by Rick →
This entry was posted in Memorials and tagged best DC walking tours, how to tell soldiers apart, Korean War Memorial, Photos by Rick Snider. Bookmark the permalink.