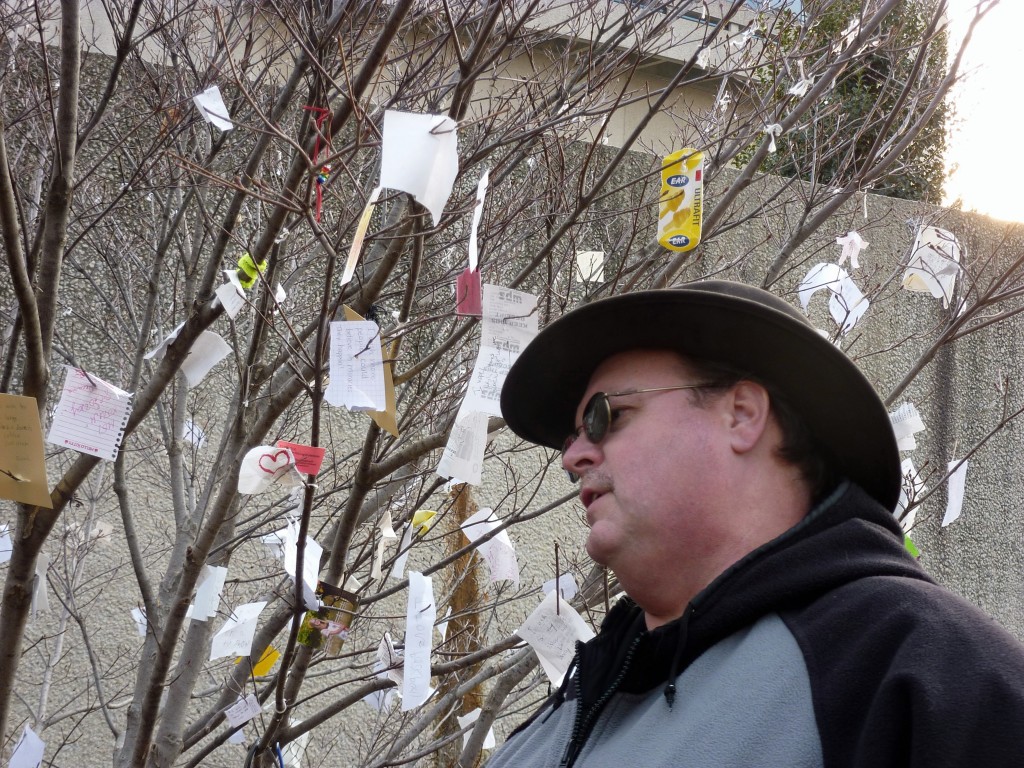 I’m a sucker for outdoor sculptures. Indeed, I’d rather be outside than inside so Washington is a great town for tour guiding since most monuments, memorials and statues are outdoors. In another life, I’d like to be a U.S. Park ranger.

The Hirshhorn Sculpture Garden at Jefferson and Seventh St. SW is filled with great pieces like the Burghers of Calais showing town elders surrendering, ropes around their necks in expecting death.

Mostly, the garden is a green oasis and quiet area despite being smack dab in the middle of downtown. It’s a nice break from crowds or the grind of touring. That’s where I connected with Yoko Ono. If you’re at least 60 years old, you probably hate her as the reason for the Beatles breaking up.

Ono donated the Wish Tree in 1997 that is filled with slips of paper with wishes written on them. Uh, the sign says you’re supposed to whisper your wish, but for some reason people use slips of paper. A lot of them want world peace, but one person wished its animal wasn’t quarantined at the airport. Wish more of that story was written.

What did I wish for? If I tell you it won’t come true. Oh wait, maybe that’s birthday cake.