Where the gossip grew along Embassy Row 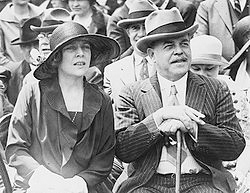 Welcome to the home of the other “Washington Monument” as Alice Roosevelt Longfellow was called. The oldest daughter of president Teddy Roosevelt, she lived 96 years and they were very colorful years.

Alice once said, “If you can’t say something nice, come sit next to me.” She was a striking woman who married Congressman Nicholas Longworth who went on to be the House Speaker and whom one of the House buildings is named after. Yet, it was a rocky marriage as she often criticized his politics. Both had public affairs. Indeed, Alice’s only child was a result of an affair with Senator William Borah of Idaho. 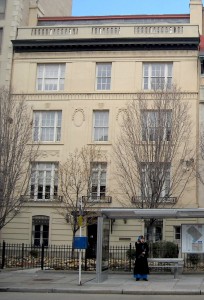 Alice once jumped into a pool with a congressman while fully clothed. Posed for tobacco ads. Wrote a juicy autobiography and had an “affectionate” relationship with Bobby Kennedy, JFK’s younger brother who was AG and assassinated when running for president. She called Thomas Dewey that “little man on the wedding cake” that was an image that help cost him two presidential elections. And, worst of all, the lifelong Republican voted Democrat late in her life.

The four-story yellow brick building at 2009 Massachussetts Ave. N.W. is now the home of the Washington Legal Foundation, a conservative legal group that promotes business and free market trade.