When the tourists are gone 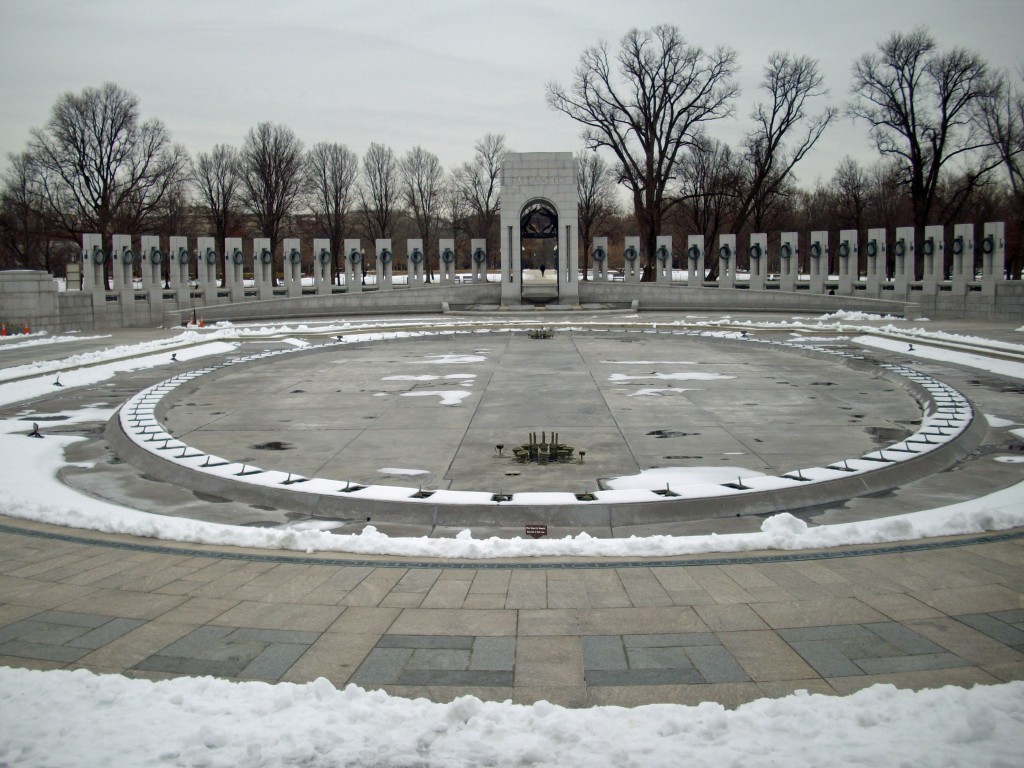 I strolled by the National World War II Memorial the other day. It was 30 degrees with the threat of coming sleet.

Needless to say, I pretty much had the place to myself. A couple mounted U.S. Park policemen, a couple passing tourists. One construction worker leaving a nearby site.

It was quiet. Nobody putting their feet in the fountain, which really enrages me. Nobody yelling. Nobody on their cell phone. Essentially, no idiots who forget it’s a war memorial.

But, the fountain was also empty. Dry as a bone. I never thought about it, but I guess fountains are emptied in the winter because they’d otherwise freeze. I was tempted to walk out in the middle of the pool for a rare photo, but it seemed somehow wrong.

The walks were pretty clear of snow and the restrooms were still open so it’s a great stop on the mall even if the water’s not flowing.

1 Response to When the tourists are gone