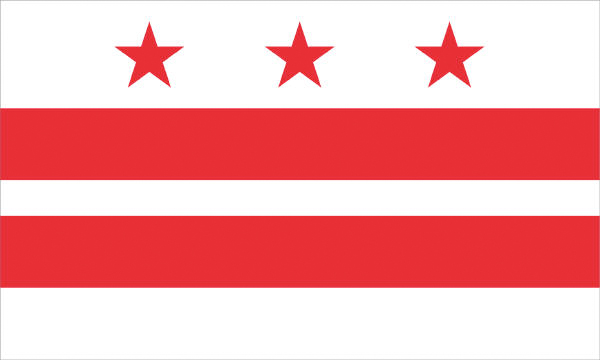 Sometimes you learn things from the craziest places, but one of my favorites is the Sunday comics. Flashbacks by Patrick M. Reynolds explains how traditions, names and general lore so simply anyone can learn.

Which brings me to my favorite story – the tale behind Washington, D.C.’s flag. Now anyone with a modest sense of local history will tell you the flag comes from George Washington’s family coat of arms. And that’s true. 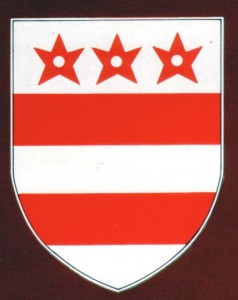 But the story behind that tale is really cool. As Reynolds tells it, a private in the English army killed an invading Danish king in 979 A.D. The onlooking English king rewarded the soldier with a coat of arms. The king dipped two fingers in the dead monarch’s blood and ran them straight across the soldier’s shield. Thus, the two stripes. The three stars were added later.

Today, you’ll see the flag around town, but the logo is also on street signs and license plates. It became Washington’s official flag in 1938.

Now is that a cool story or what? There are others who say the District’s flag is about the three original commissioners and two states whose land comprised Washington. Well, they have their story and I have mine.

OK, here’s a little more. Some say the Star Spangled Banner was also inspired by Washington’s coat of arms. That’s easy to see. The coat of arms is also visible in Washington’s ancestral region in County Durham in northeast England.

1 Response to Washington, D.C. flag dates back to English battle