Wandering on a cold winter’s day 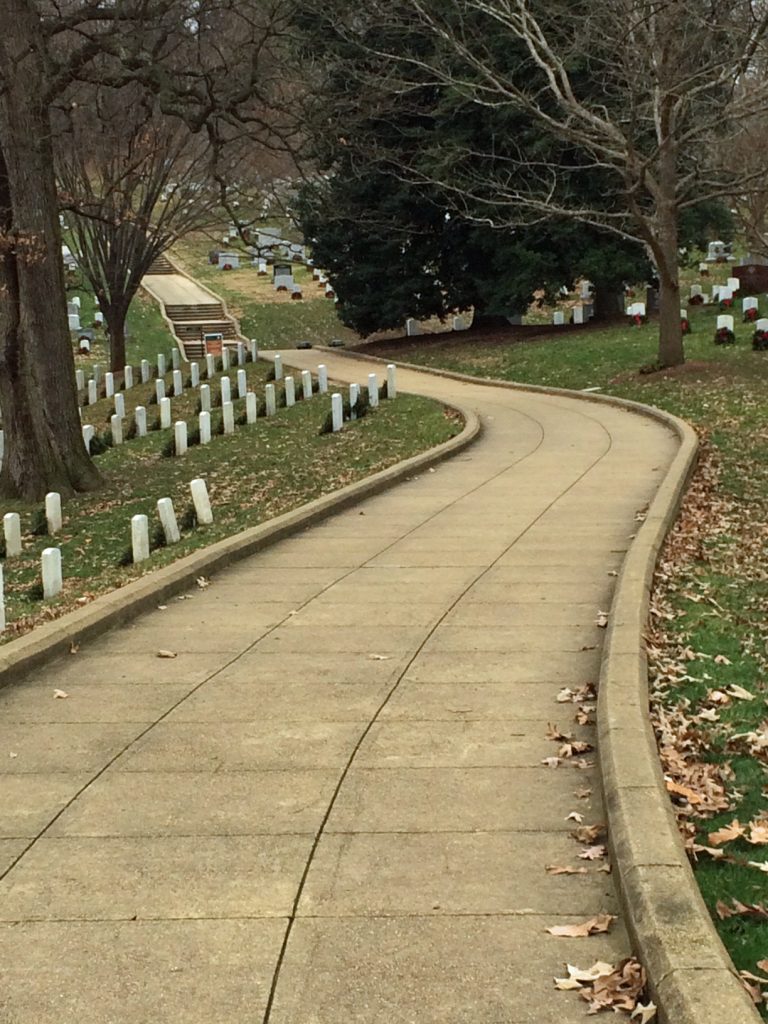 It’s hard to be alone with your thoughts at Arlington National Cemetery for much of the year. Nearly four million people visit with crowds heavy from March to December.

But January is the best time to visit if it’s not polar cold. The tourists are gone. Indeed, not one bus on the morning I came. I didn’t see anyone for nearly an hour as I veered away from the popular JFK eternal flame and changing of the guard. And since it was a 43-degree morning, I was fine given walking the cemetery’s hills keeps you warm. 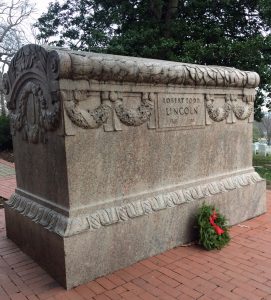 So I sat by Robert Todd Lincoln’s grave where wreaths distributed in December still remain a few more days. Robert was the oldest and only of Abraham Lincoln’s four sons to live past age 18. Indeed, he lived to see the Lincoln Memorial open in 1922. The rest of the family is buried together in Springfield, Ill. but Robert is at Arlington between presidents John F. Kennedy and William Howard Taft. On a winter’s day you can see the eternal flame from Lincoln’s grave. Indeed, one of the perks of visiting in the winter is the absence of leaves that block so many views.

You can hear the clock by the Tomb of the Unknowns chiming throughout the cemetery in the cold stillness. Somehow in the summer the chimes don’t reach the edges. 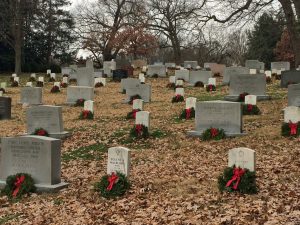 Arlington has so many great stories. I often wander the cemetery where seven family members are buried looking at stones I haven’t seen before, noting their names to look up their history later.

So watch the weather for a warm day and visit Arlington National Cemetery before the crowds return in March. The stillness makes you appreciate life.