Wait, that’s not the White House 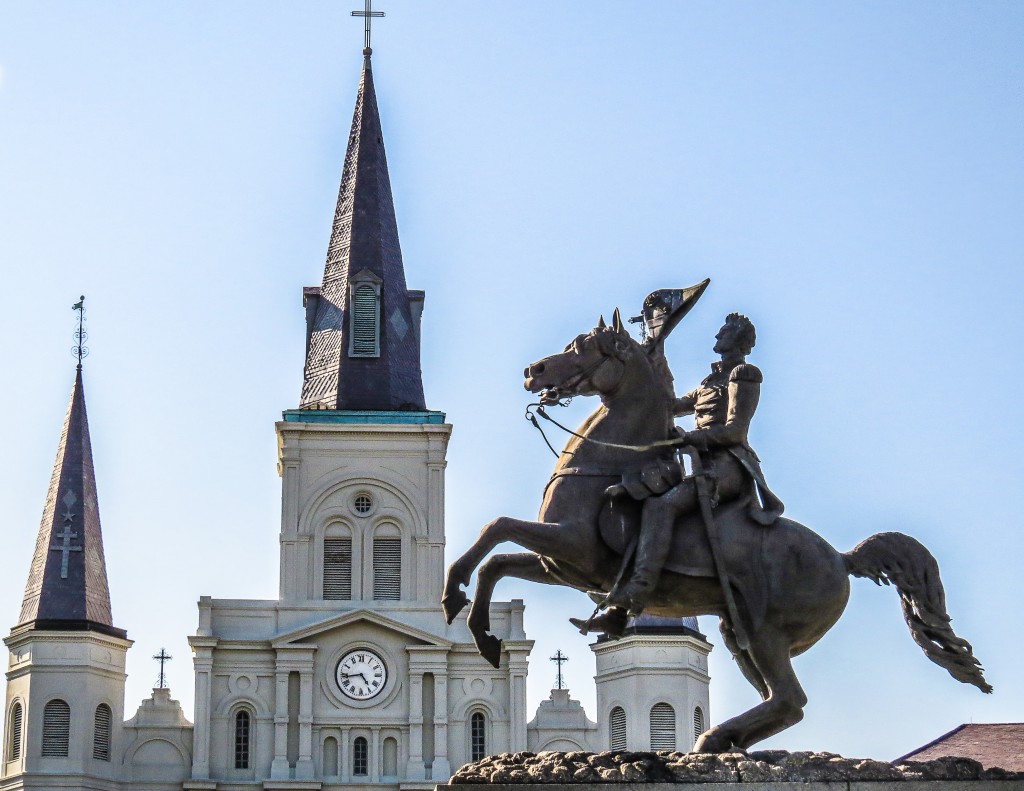 A recent vacation to New Orleans (yes, tour guides go on personal trips even during the busy season) had me returning to Jackson Park to see a statue I often see outside the White House.

Andrew Jackson, hero of the Battle of New Orleans, is seen wearing his Tennessee Volunteers uniform while urging his horse and men on to glory. It worked as Andy led 130 soldiers plus local Indians and even pirates to deliver a rousing defeat of the British as the closing act of the War of 1812. Ironically, the peace treaty was already signed, but this was before email.

This statue by Clark Mills, also seen by the White House and in Jacksonville that’s named after Jackson, has two hoofs up, which popular lore means the person was killed in battle. That’s only true at the Gettysburg National Battlefield. Jackson went on to become our seventh president. 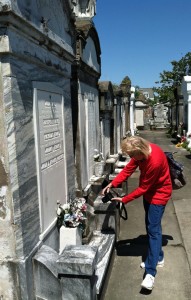 New Orleans is a terrific town to visit. I’ve been there several times covering a Super Bowl and Redskins-Saints games, but it was my first time back since Hurricane Katrina and with my wife (meaning we saw Bourbon Street during the day.) I was surprised how poor the roads and sidewalks were in the Garden District, but otherwise the city looks OK in main areas.

Past trips were mostly business so this was my first time to venture around town. The Garden District has several large mansions and a fun place to walk. I finally saw an above ground cemetery. The water table is so high that graves must be above ground so there were some interesting rows of mausoleums.

The waterfront area has lots of bars, gift shops and restaurants. Pretty much like the Ocean City boardwalk. At one bar, I received nearly two pounds of excellent shrimp for $13. It’s a good town for eating. 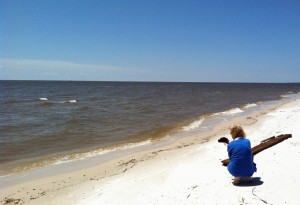 In my quest to see all 50 states, we spent one day in nearby Mississippi and Alabama to up my number to 40. Gulfport and Biloxi, Miss. were really nice. White beaches, free close parking and sparse crowds made it a pleasure to drive along the Gulf of Mexico. All I saw in Alabama was a McDonald’s for a quick turnaround pit stop, but it was a nice McDonald’s.

My remaining states are Arkansas, Oklahoma, Iowa, Nebraska, Vermont, Oregon, Idaho, Montana, Hawaii and Alaska. I’m saving the last two for the final trip. Next up might be a fall quickie to Vermont to see the leaves.

Wonder if any have a Jackson statue?

Rick Snider is a native Washingtonian, long-time journalist and licensed tour guide since 2010.
View all posts by Rick →
This entry was posted in Monuments and Statues and tagged Andrew Jackson statue, New Orleans, Photos by Rick and Lisa Snider. Bookmark the permalink.