U.S. meets Canada at Tomb of the Unknowns 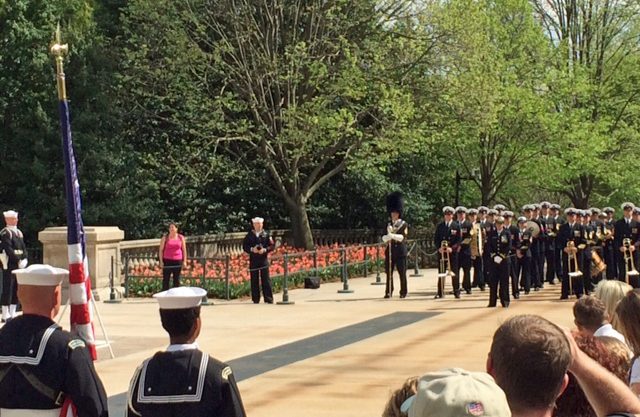 I took a group to the changing of the guard at the Tomb of the Unknowns on Monday. Just another day until crossing over from the Kennedy graves to find a howitzer blocking our path between the Crook stairs. I’ve only seen that on Memorial Day and the soldiers seemed ready to fire, which they did 10 times by my count. 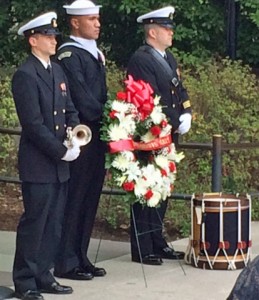 Approaching the Tomb the I saw a large Canadian flag, then both U.S. and Canadian colors teams. After the guard change, a U.S. Navy band marched in from one direction, sailors from the steps beneath and the colors teams from a third. Turns out it was Vice Adm. Mark Norman, commander of the Royal Canadian Navy who was visiting.  Norman layed a wreath and both national anthems were played.

It took about 40 minutes, a long time to stand on the marble, but the group all said it was worth the time.