One of the joys of becoming a tour guide is stopping at places I’ve driven past a million times. 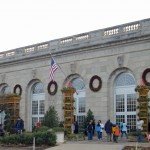 High on the list is the U.S. Botanic Garden on 1st and Maryland Ave. S.W. on the footstep of the U.S. Capitol. I just figured it was some small green house and not worth stopping.

I was wrong. As usual.

I stopped by on a Saturday and it was pretty crowded with families looking for a low-stress activity. Something you can just walk around and combine with other places. 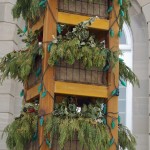 George Washington wanted a botanic garden in the new capitol city showing the importance of plants. The mission has more than succeeded. 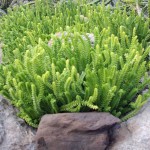 The conservatory has world deserts with some pretty wild looking cactus. They look like that could jump up and grab you. The children’s garden lets kids burn off some energy. The Garden Primeval smells like the beginning of time with high humidity for ferns and ancient plants from 150 million years ago. The Jungle is a tropical rainforest where you can climb to a second level for a better overall view. The orchid room has more than 5,000 varieties with 200 on display. 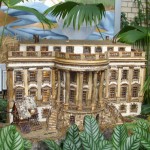 There are replicas of major monuments and buildings scattered throughout that kids especially love at Christmastime. It’s a good chance for a pop quiz on what they’ve seen already around town.

Overall, it’s free admission, easy to get in and out and you can stay however long you like. The Botanic Garden is easy on the eyes and a mental break from so much history around town.

2 Responses to U.S. Botanic Gardens more than a greenhouse