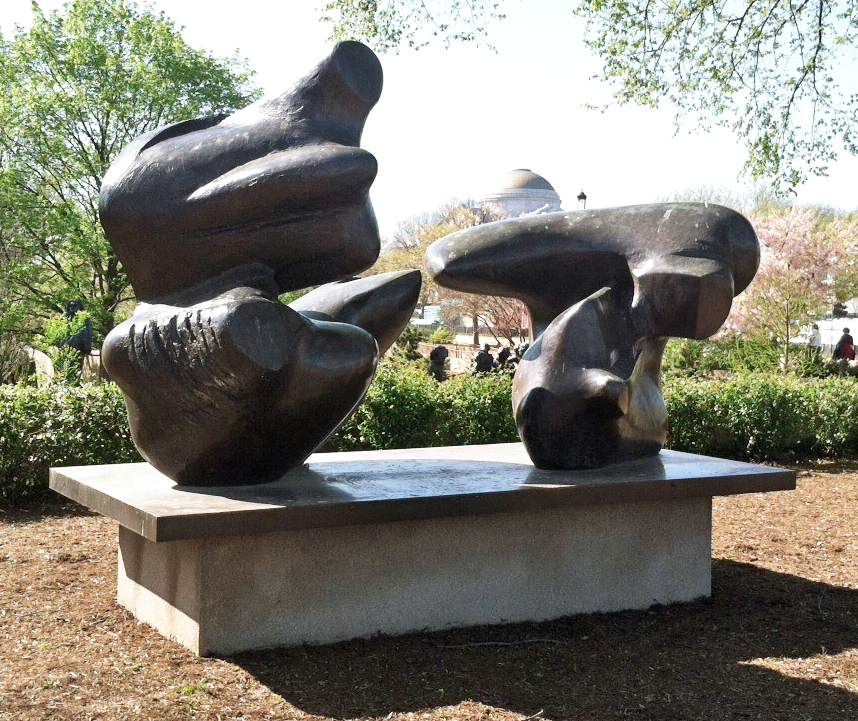 That Henry Moore was quite a character.

The British sculptor’s “Two-Piece Reclining Figure” by the Hirshhorn Sculpture Gardens on 7th and Jefferson N.W. is one of 7 bronze copies that is supposed to be someone lying down. You may have to squint to see it.

In “A Garden for Art” by Valerie J. Fletcher, Moore said, “I did the first one in two pieces almost without intending to. But after I had done it, then the second one became a conscious idea. I realised what an advantage a separated two-piece composition could have in relating figures to landscape. Knees and breasts are mountains. Once these two parts become separated you don’t expect it to be a naturalistic figure; therefore you can justifiably make it look like a landscape or a rock.

“If it’s a single figure, you can guess what it’s going to be like. If it’s in two pieces there’s a bigger surprise, you have more unexpected views; therefore the special advantage over painting–of having the possibility of many different views–is more fully explored. The front view doesn’t enable you to foresee the back view. As you move round it, the two parts overlap or they open up and there’s space inbetween.”