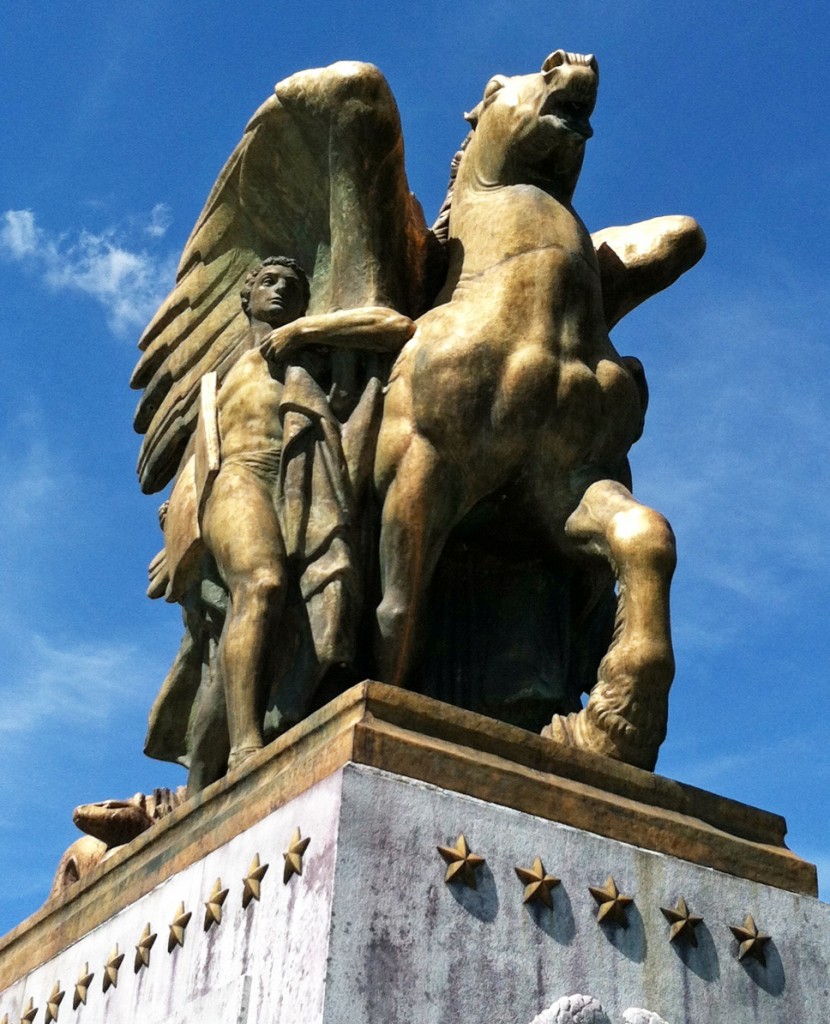 Behind the Lincoln Memorial and guarding the entrances to two bridges leading directly and indirectly to Arlington National Cemetery are four bronze equestrian statues that took a long path to their perch.

By Arlington Memorial Bridge are Arts of War statues while Arts of Peace statues lead to the George Washington Parkway.

A competition won by sculptor James Earle Fraser in 29 wasn’t completed until 1949. They were cast in Italy because of lack of bronze in the U.S. The Prime Minister of Italy then paid the $200,000 cost as a goodwill gesture to the U.S.