Thomas T. Gaff isn’t so scary after all 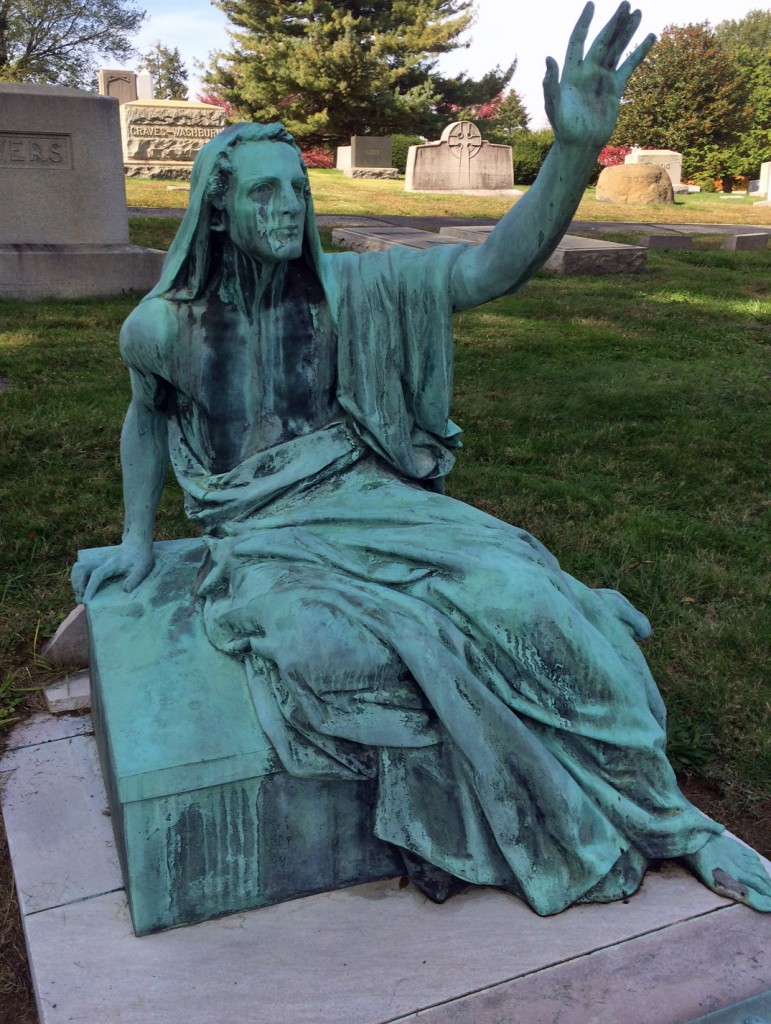 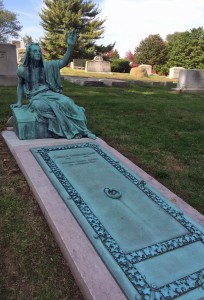 From the street it looks like a member of the Walking Dead has emerged in Rock Creek Cemetery.

Walking up the steep incline makes the grave marker a little less scary and a little more impressive. What once looked like a creature half out of the ground is actually the top of a long marker.

Thomas Trueman Gaff left behind a Greek statue heading a deep vertical marker. He was a wealthy owner of distillery and heavy machinery businesses in Cincinnati who moved to Washington around 1904 when named a commissioner of the Panama Canal’s construction. His elaborate home was known for its parties. Today, it’s the residence of Columbia’s ambassador.