This is what the Red Cross truly means 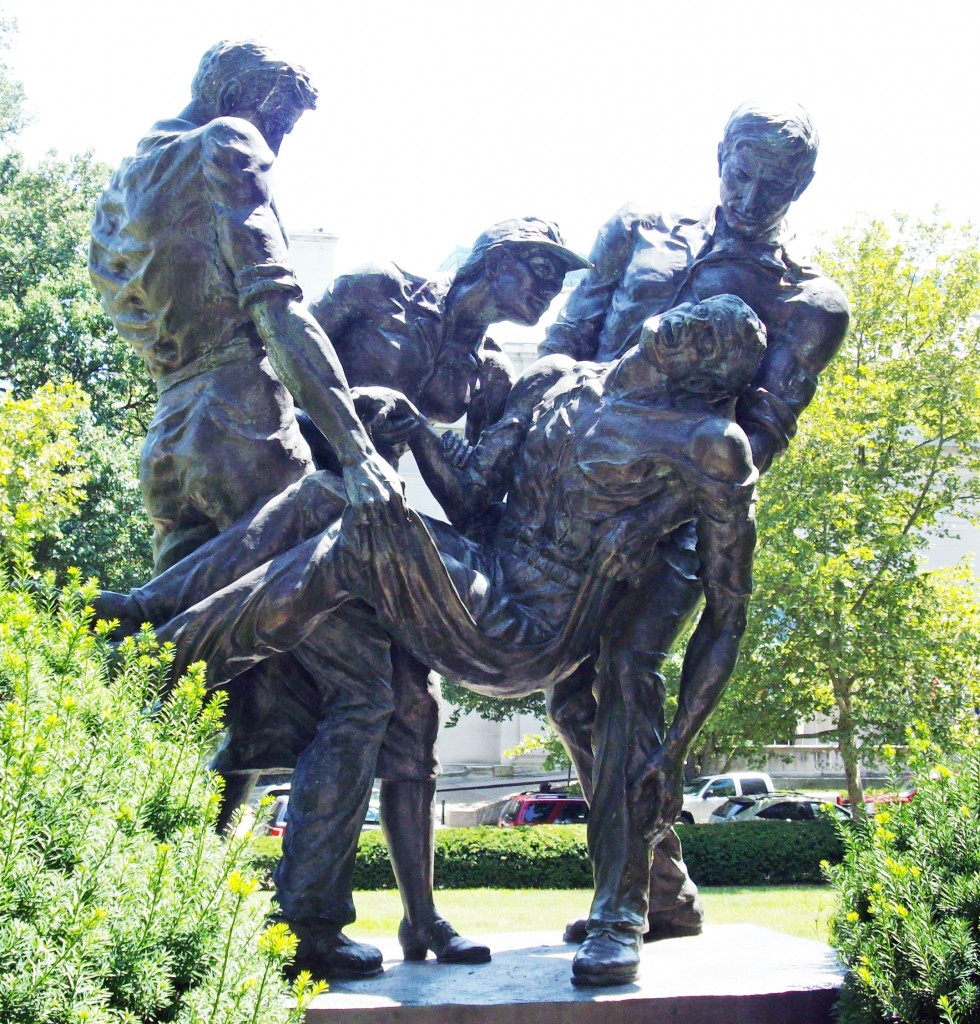 Two men carry another while a woman shows compassion. The Red Cross Men and Women Killed in Service statue in the Red Cross courtyard at 17th and D Sts. N.W. is the perfect example of what the organization means.

The seven-foot statues, dedicated in 1959 by Gen. Mark Clark, were sculpted by Felix de Weldon., who wanted to show the organization’s compassion and strength. Nobody wears uniforms to represent the group’s willingness to help everyone. Clark was there to represent World War II when 78 Red Cross workers were killed.