The woman behind the man – Queen Isabella 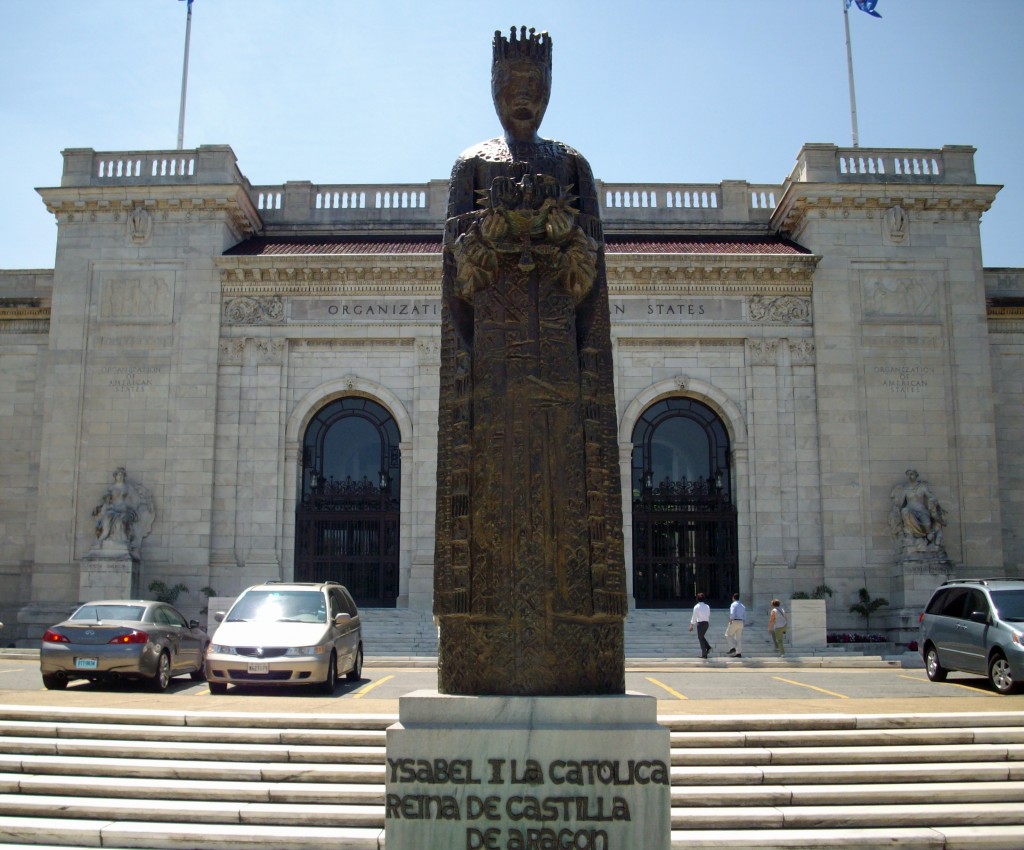 We always know Columbus sailed the ocean blue in 14 hundred and 92. But, we rarely talk about the woman who funded the trip to the new world – Queen Isabella.

The Spanish monarch is in front of the Organization of American States on 17th St. The bronze life-sized statue has her holding a pomegrate with a dove emerging and wearing the crown of Castille. It was dedicated in 1966 as a gift from the Institute of Hispanic Culture of Madrid.

Isabella sold her jewels to pay for the expedition, which certainly was repaid many times over by discovering America. The Catholic ruler also created the Spanish Inquisition.