The Watergate Steps to nowhere along the Potomac 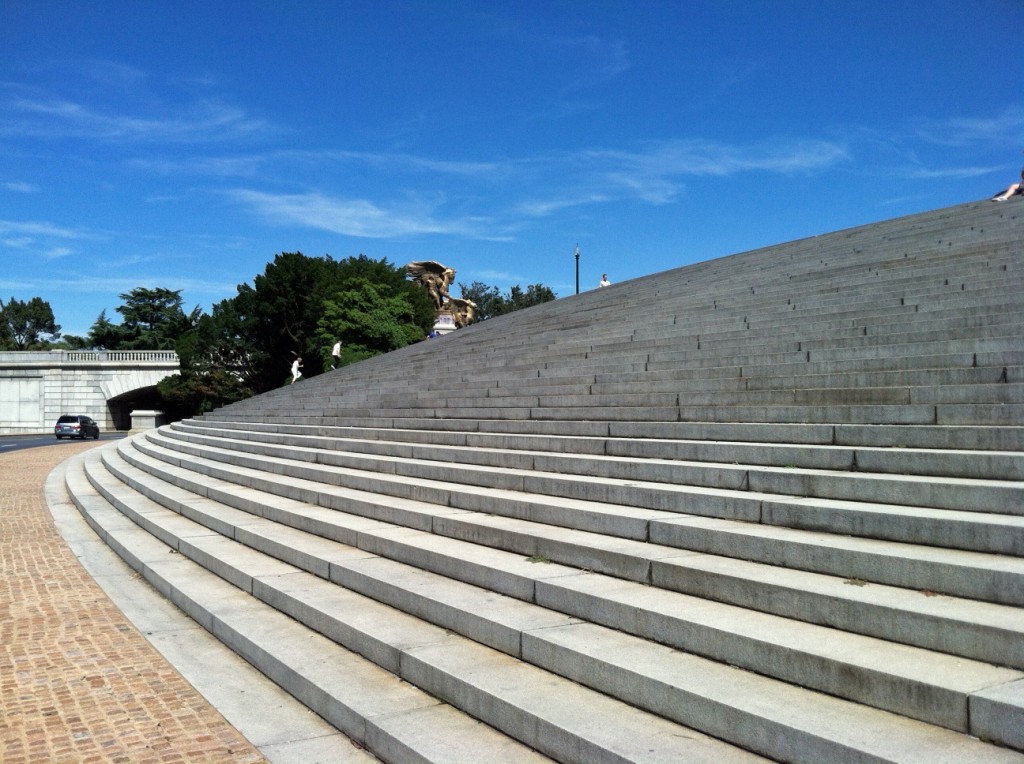 It was supposed to be a staircase to heaven, but turned into a  helluva waste.

The Watergate Steps between the Potomac River and the Lincoln Memorial was built in 1932 as part of the Arlington Memorial Bridge complex. According to a Historic American Engineering Record for the National Park Service, the steps were to be a watergate where boats could tie up and dignitaries welcomed to the city.

It never happened. By July 14,1935, concerts began on a floating barge with the National Symphony Orchestra the first to perform. Crowds as large as 12,000 watched on the steps until 1965 when noise from planes approaching National Airport proved too overwhelming. 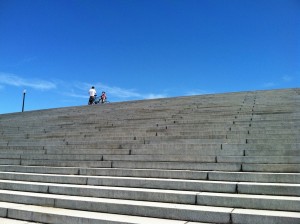 The 40 granite steps are 230 feet wide at river level and 206 feet at the top. You’ll often see joggers running the stairs and bike riders resting.

Ohio Dr. separates the stairs and river. Seems there was a big fight over the road with some thought to a tunnel, but eventually the road was kept.

One Response to The Watergate Steps to nowhere along the Potomac