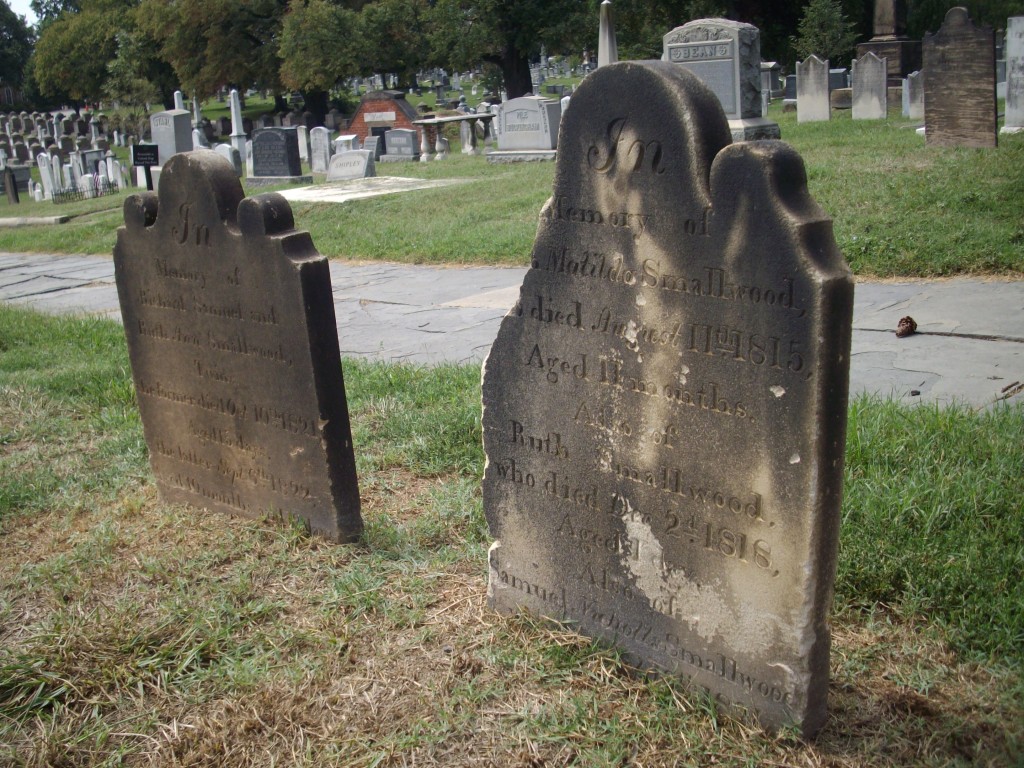 The old simple stones near the entrance of Congressional Cemetery mark one of the early prominent families of Washington who made the graveyard possible.

Samuel Nicholas Smallwood was twice mayor of Washington from 1819-22 and 1824 when dying in office. He oversaw the 11th St. Bridge construction to connect present Anacostia that replaced those spans burned by the British in the War of 1812, created the first City Hall that’s now the city’s Supreme Court and erected a brick wall around Congressional Cemetery.

As a businessman, Smallwood quarried the rock for the White House’s foundation while becoming wealthy by selling lumber and building supplies. In 1807, Smallwood helped establish a cemetery that would become Congressional. Smallwood, his wife and several children are buried together at the plot.