The poet of New Spain 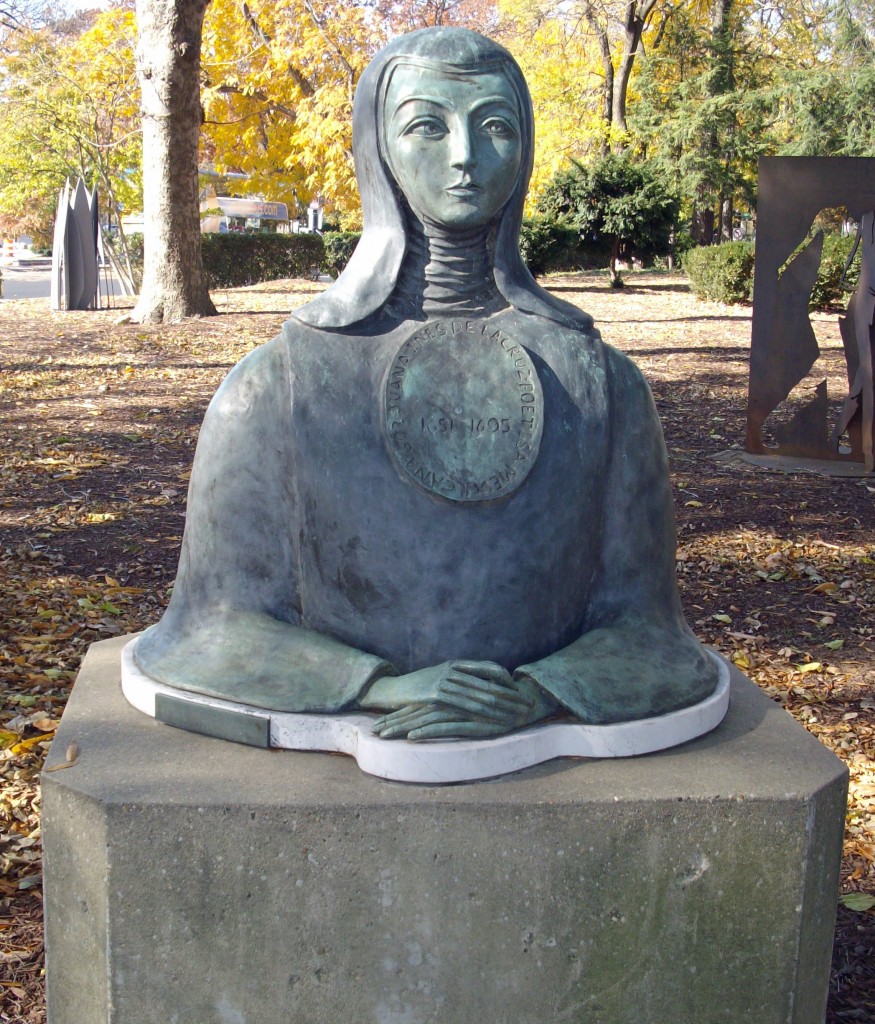 Juana Ines de la Cruz (1651-1695) was considered the poet of New Spain in the late 17th century when women were forbidden to read or write in her hometown just outside Mexico City.

Sister Juana was renowned for her theological knowledge. However, the Counter Reformation was growing and condemned her writings that made her “The Tenth Muse” in Spain. The move indeed silenced Sister Juana in 1993 rather than risk trial for heresy by the Spanish Inquisition.

The bronze statue atop a cement base is part of the Organization of American States grounds along Constitution Ave. and 17th St. N.W. It’s a version of one in Madrid, Spain.