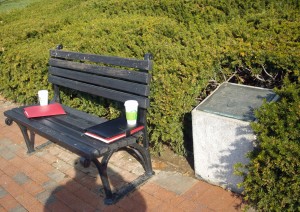 Sometimes those old guys sitting in the park are worth listening to their advice.

Bernard Baruch became wealthy by 1900 speculating in sugar futures on Wall Street. The son of a surgeon that served on Robert E. Lee’s staff during the Civil War, Baruch was considered a kingpin in New York financial circles. 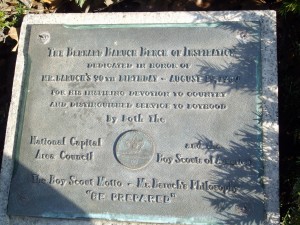 But the real interesting part of Baruch during his Washington days was a passion for discussing politics from a bench in Lafayette Park next to the Andrew Jackson statue and a short walk to the White House. In 1960, the Boy Scouts honored Baruch with a commemorative bench at his favorite spot. Today, passersby still use the bench. Baruch died in 1965 at age 94.