The man behind the grave marker 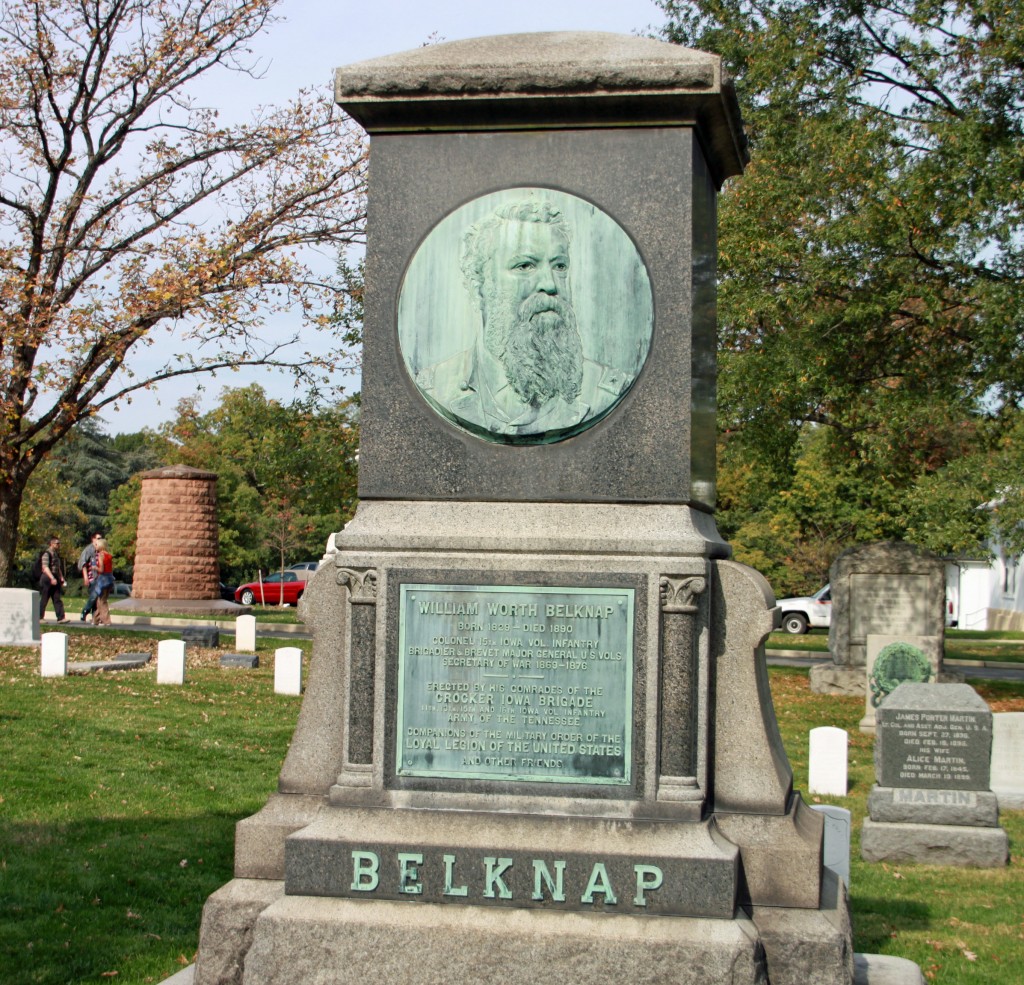 It’s not often you see who’s lying underground, but former U.S. Secretary of War William Worth Belknap’s image adorns a large bronze medallion on his marker at Arlington National Cemetery that’s worth a look.

Located near the Pan Am 103 memorial (red round marker to the left) and behind the Lee-Custis house’s amphitheater, the large granite marker remembers a former Georgetown law graduate who was the son of Gen. William Goldsmidt Belknap, who served during the Mexican war. The medallion was created by Carl Rohl-Smith.

Belknap’s downfall was marrying two sisters (one at a time naturally) who spent money like water. One allegedly sold a prominent position (cough, Rod Blagojevich, cough) that later led to impeachment proceedings against Belknap. He was acquitted by the Senate. Belknap returned to his law practice until his death.

A plaque at the bottom of the marker reads: “Erected by his comrades of the Crocker Iowa Brigade 11th, 13th, 15th and 16th Iowa infantry, Army of the Tennessee. Companions of the Military Order of the Loyal Legion of the United States and other friends.”