The lady was a princess 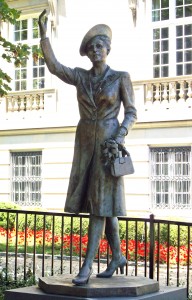 Statues are normally not what I would call sexy. But, I stand corrected before Crown Princess Martha of Norway.

Martha was born a Swedish princess who married Prince Olav of Norway in 1929 at age 28. The princess along with two daughters and one son fled Norway in 1940 shortly before the Germans invaded. Olav and the Norwegian government went to London. 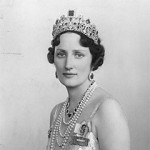 Martha and Olav reunited in 1945 at the war’s end. She died of cancer in 1954; three years before Olav became king.

The life-sized statue was donated by Norway to the Norwegian American Foundation in 2005 on the 100th anniversary of the country’s independence from Sweden. The U.S. was among the earlier countries to recognize Norway.