Dolley Madison and the Haunted Porch? 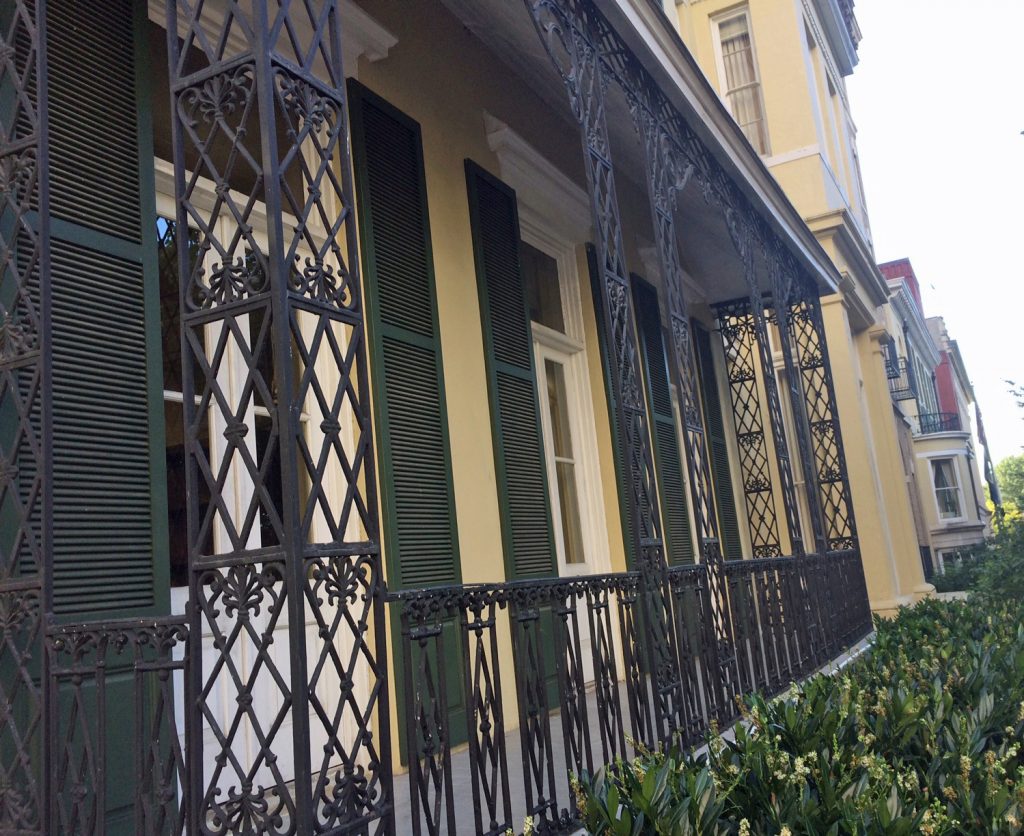 Gentleman departing the nearby Washington Club tipped their caps to the woman softly rocking on the porch of the corner home – Dolley Madison.

Some 168 years later, the late First Lady supposed is still found some nights rocking on the porch. That is, when she’s not haunting the nearby Octagon House where she and President James Madison lived while the White House was rebuilt after its burning in 1814 as part of the War of 1812 with England.

OK, I’ve never seen Dolley, but I mention her regularly to groups when walking past. (Oddly, young people nowadays have never heard of Dolley Madison cupcakes. What are they teaching in schools nowadays?)

Dolley lived the final two years at the home on H. St. N.W. in poverty after a son squandered the last of her money following the death of the president in 1837. Dolley was well known for saving some White House objects like the painting of George Washington before British troops arrived. The official term “First Lady” came during her tenure after she sometimes served so earlier for President Thomas Jefferson, a widower. During James Madison’s 1809-17 tenure, Dolley was known for “The Charm Offensive” when getting both political parties to meet at informal White House parties to air differences away from Capitol Hill.

Dolley died in 1849 at age 81 with all of Washington turning out for her funeral while the nation mourned. She was first buried in Congressional Cemetery before later buried at Montpelier, Va.

But sometimes, she’s still on that porch. Let me know if you see her.