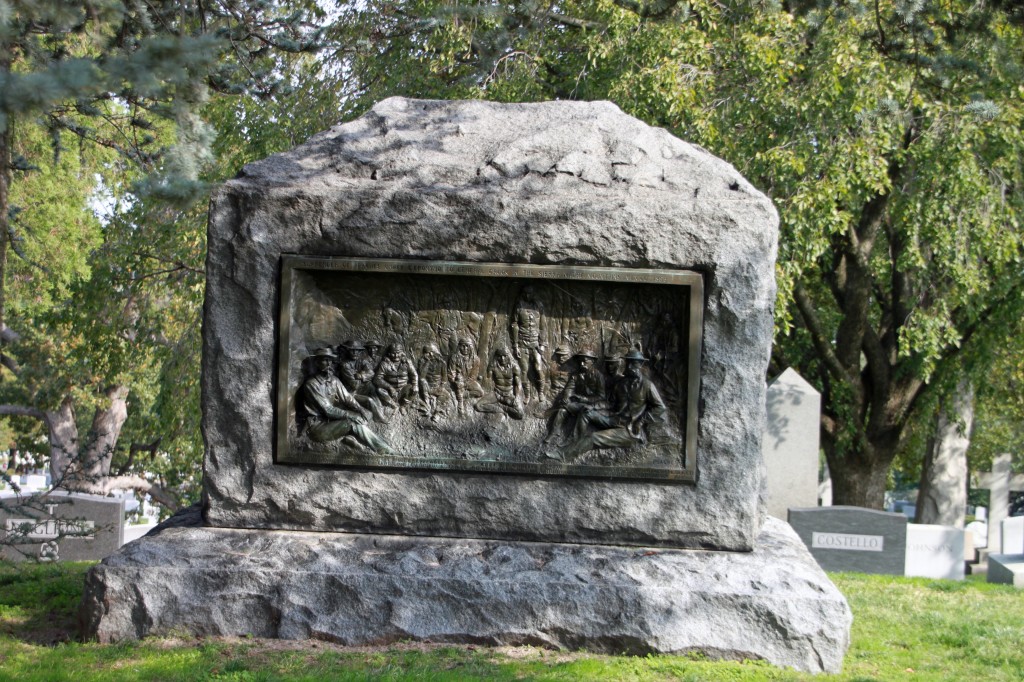 Sometimes a really strange marker hits you when passing by. Wait, was that Geronimo surrendering in Arlington National cemetery?

Well, yes it is, but the marker celebrates the person buried there who captured the Apache leader — George Crook.

Located at the final turn of the dirt path to Arlington House (straight ahead just when turning left) is the back side of Crook’s memorial. The large granite marker has a bas relief on the back showing the 1883 surrender of Geronimo (center) along with Crook (right) and other soldiers and braves.

Crook (1830-90) became a brigadier general during the Civil War. He was taken prisoner in 1865 before exchanged for Confederate prisoners and finished the war with the Army of the Potomac.

Crook then served out west fighting Apache, Sioux and Cheyenne Indians. He later caught Geronimo in the Sierra Madre Mountains of Mexico. Ironically, Crook became known as an advocate for indians that he felt were mistreated by government officials. He served 38 years in the army before dying at age 59.

The steps leading from Arlington House to the Tomb of the Unknowns is also named the Crook Walk after him.