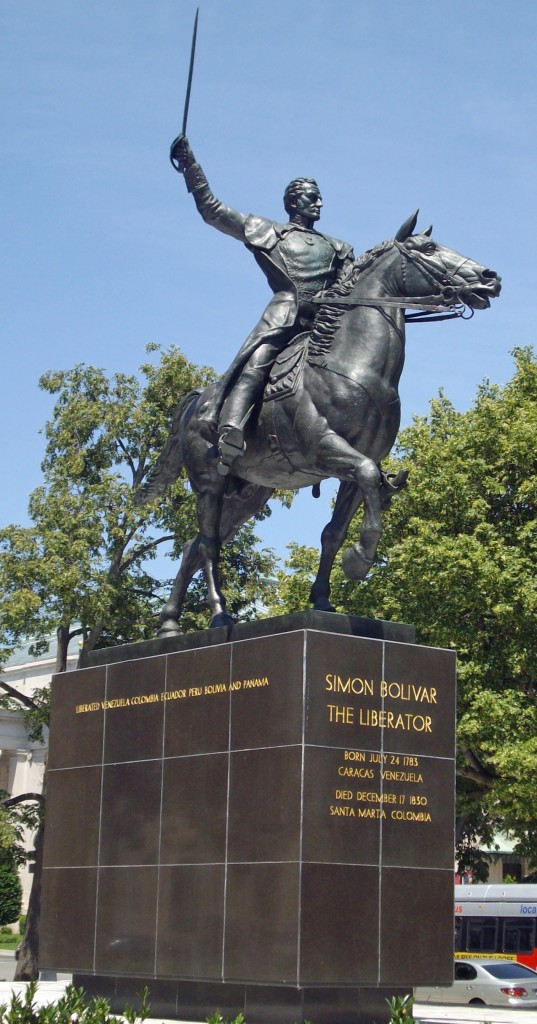 I often wonder why other countries send statues of their heroes to our city. I mean, what do Washingtonians or even Americans care about the king of this country or the wise man of that nation? Wouldn’t it be better to erect statues where passersby know who they were, much less appreciate them?

But Simon Bolivar deserves notice anywhere. He might be the baddest man among Washington’s monuments.

Bolivar liberated not one country, but six in Latin America. Kicked the Spanish out of what’s now Venezuela, Bolivia, Peru, Columbia, Panama and Ecuador. Imagine – the liberator of six countries.

Felix W. de Weldon, who also created the Iwo Jima Memorial, built one of the bigger memorials in town at 18th St. and Virginia Ave. N.W. The 27-foot equestrian statue is so heavy it was shipped from New York in five pieces because bridges and trucks couldn’t handle the 40-ton load.

The bronze statue sits atop a black marble base. Bolivar is wearing a gold medallion given to him by the Marquis de Lafayette. There are six nearby fountains representing the six countries he liberated.

Ironically, Bolivar’s vast fortune was spent during the wars. He died in 1830 of tuberculosis.