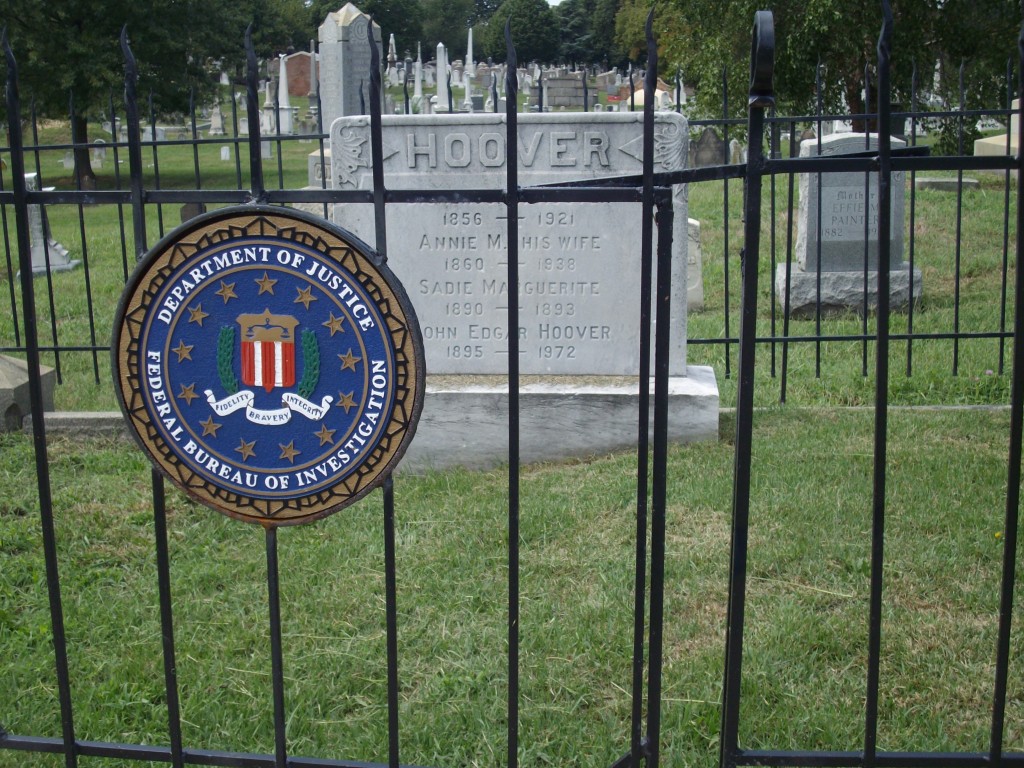 Perhaps the most feared man by criminals and Congressmen alike is buried behind bars.

J. Edgar Hoover once headed the Federal Bureau of Investigation (FBI) from 1924-77. Indeed, his name in on the building along Pennsylvania Ave.

The nation’s top G-Man (Government man, as they were called in the early days) is buried with family in Congressional Cemetery on the edge of town. A simple plot surrounded by a black iron fence with an FBI crest and bench. 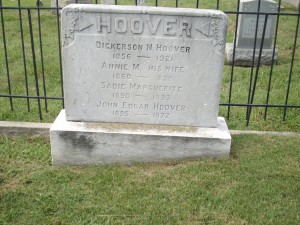 Funny, I would have expected a statue. ‘

Hoover’s legacy would fill books instead of a blog. Simply, he was the first to create a national police power to catch the worst criminals like John Dillinger and “Machine Gun” Kelly. But critics that included Present Harry S. Truman charged Hoover overextended his powers by creating secret files to blackmail those who opposed him.