The Five Guys in the sky 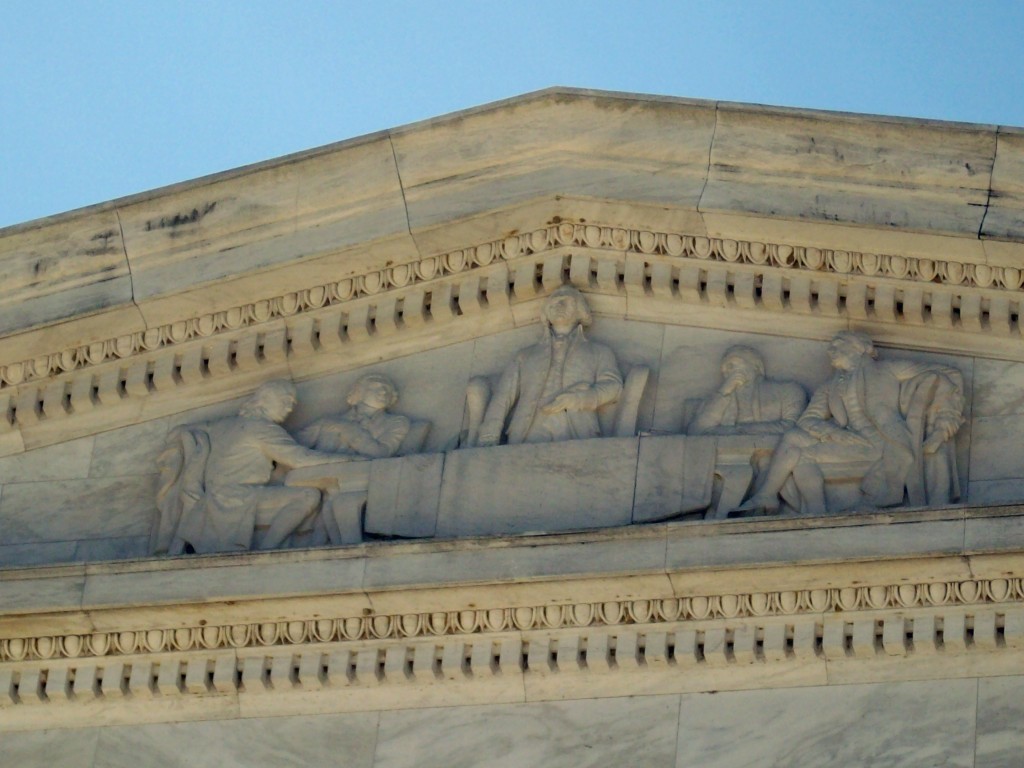 Sometimes you have to look up to see the great attraction.

On the steps of the Thomas Jefferson Memorial, you’re rushing up the steps to see the third president. Coming down, you notice the Tidal Basin, White House straight ahead, the new Martin Luther King Jr. Memorial on the left and Bureau of Engraving and Printing on the right before heading to the bus.

Stop, look atop the Jefferson and you’ll see the original five guys and we’re not talking burgers and fries.

Across the 10 by 65 foot pediment (left to right) are Benjamin Franklin, John Adams, Jefferson, Roger Sherman and Robert Livingston, who were also known as the Committee of Five.

OK, do I really have to tell you who Franklin and Adams were? Let’s pretend and just say both were Founding Fathers, the latter the second president. On Jefferson’s right are those a little more obscure. Sherman was best known for the “Great Compromise” that formed the system of how many senators and congressmen there are. Livingston was a high-ranking New York politician.

Jefferson is best remembered for writing the Declaration of Independence, but it really was a three-man effort with Sherman and Livingston rubberstamping approval.

Some called Jefferson the “Silent Founding Father” because he thought it ungentlemanly to shout down rivals at the Continental Congress. He was a smart guy, though, speaking three languages at age 9 and studying law at William and Mary at 15 so congress made him the writer.

Jefferson wrote the first version with Adams and Franklin serving as editors. Like all writers who hate editors, Jefferson endured extensive editing of his now famous words. There were plenty of language changes and even paragraphs on slavery omitted so not to offend southern states. Many of those words now ring the interior of the monument’s walls.

The Jefferson Memorial is well worth visiting despite its awkward location and little parking nearby. Just remember to look up next time.

One Response to The Five Guys in the sky