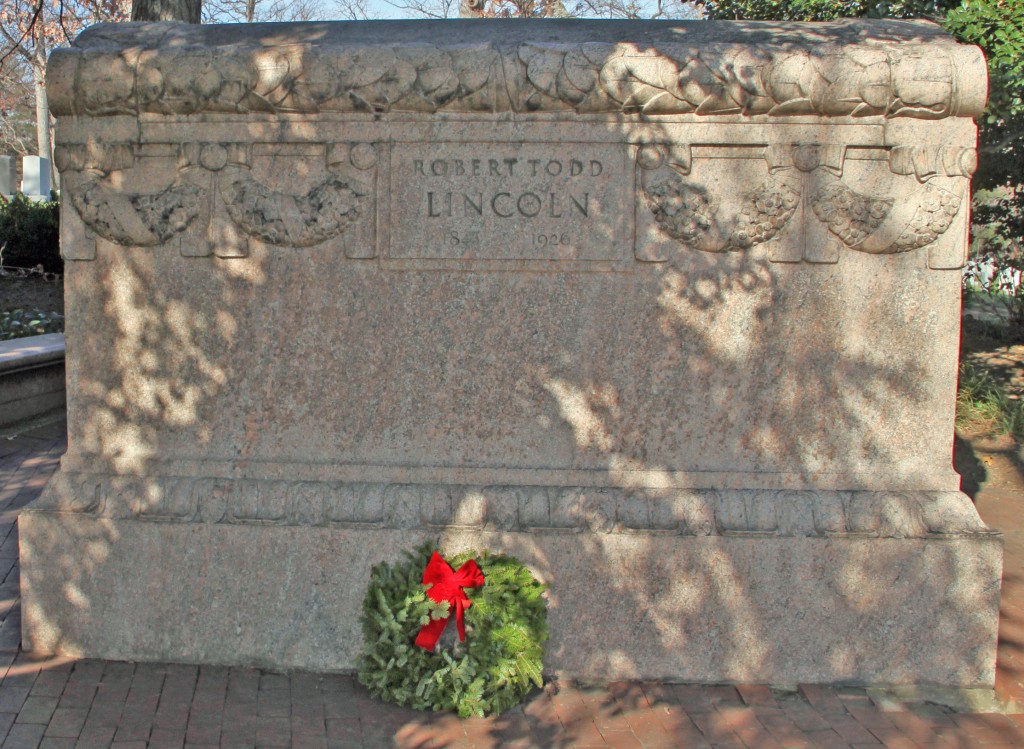 The only son of Abraham Lincoln (please tell me you know who he is) to live past 18 was called “The Cursed Lincoln.” Really? His father was assassinated and Robert’s the one who was cursed?

Robert wanted to attend the play at Ford’s Theatre with his father that ill-fated night, but Abe asked his son to take little brother Tad to a new play called “Aladdin” opening down the street. He always felt guilty over not being able to protect his father.

However, Robert did see President James Garfield (my cousin) murdered in Washington in 1881. In 1901, Robert was near President William McKinley when assassinated in Buffalo, though Lincoln didn’t see the shot. 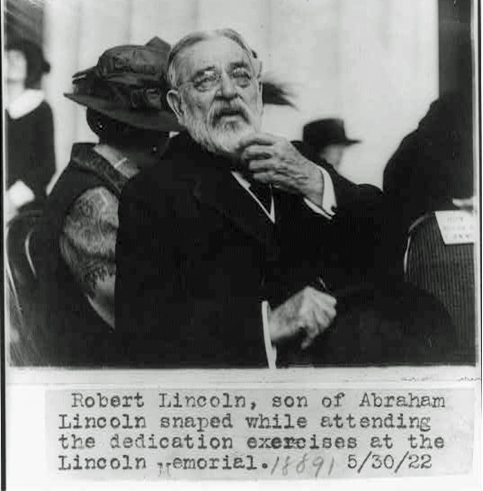 Afterwards, Lincoln refused to be near another president until the Lincoln Memorial’s dedication in 1922 where both President Warren Harding and former President William Howard Taft were nearby. Harding died during his presidency, though.

I also love the story of Robert nearly dying on a train platform months before his father’s death. Robert fell between a train and the platform where he could have been crushed when someone suddenly grabbed his collar and pulled him to safety.

That savior was Edwin Booth – brother of his father’s assassin John Wilkes Booth (another of my cousins.)

Of course, Robert had quite the life. He was present at Gen. Robert E. Lee’s surrender at Appomattox. Robert served as Secretary of War under Garfield, minister to the Court of St. James, president of the Pullman Palace Car Company and a noted astronomer.

Robert died in 1926 at age 82 and later buried at Arlington National Cemetery with wife Mary Harlan, daughter of Iowa Sen. James Harlan. The couple and their son Jack are buried in a sarcophagus amid a small grove of trees not far from Taft (another cousin.) I’ve walked past it a half dozen times before using the new GPS app by Arlington.