The curious cube of Congressional Cemetery 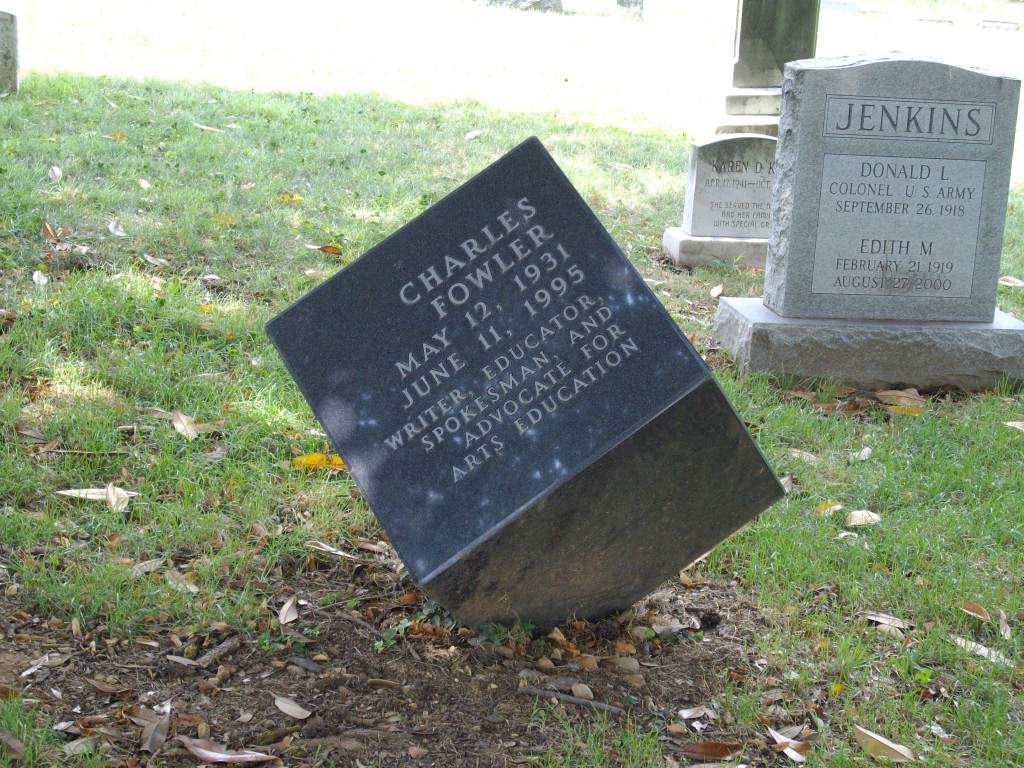 The black cube in Congressional Cemetery curiously placed at an angle will make you stop.

The graves of Charles Fowler and Kenneth Dresser are marked with a cube just 50 yards on the right once entering the gate. Fowler was a writer, educator and advocate for the arts who died in 1995. Dresser was a creative designer who died three months later.

Dresser was best known for designing the Electric Light Parade at Disneyland, Electric Water Pageant at Epcot and Fantasy of Lights at Callaway Gardens, Ga. Fowler was an arts educator and director of Natural Cultural Resources and guest professors at several universities.

The two were members of the University of Maryland’s “Black and Gold Society” honoring those who donated $100,000 or more.