The Court of Neptune Fountain at Library of Congress 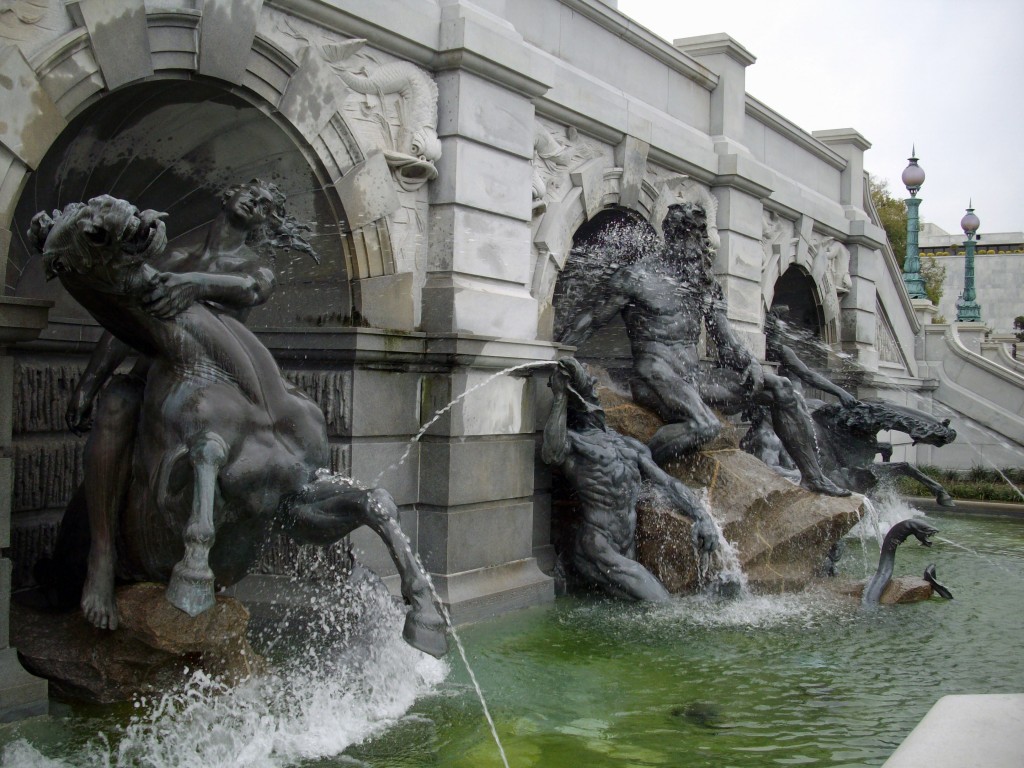 It has been compared to Trevi Fountain in Rome. No, I’ve seen that famous landmark and the two are nowhere close.

But, the Court of Neptune Fountain in front of the Library of Congress’ Jefferson Building (to the right of the Supreme Court) is still the best water sculpture in Washington.

This 50-foot wide Baroque work can’t be processed at once. With water flowing everywhere from snakes and turtles spouting water over the figures, the three bronze castings are best taken separately. After seeing each, then step back and soak it all in at once. 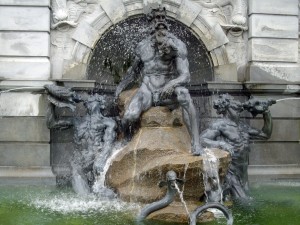 King Neptune is center stage. After all, he does rule the oceans. At 12 feet, the muscular Neptune looks like he could defeat anything with a trident. He’s surrounded by two tritons using conch shells to call the underworld subjects. In front is a wicked looking snake.

On both sides of Neptune are sea nymphs riding seahorses, which were supposed to be the fastest on the planet. The seahorse on the left looks like it’s getting away from the rider. 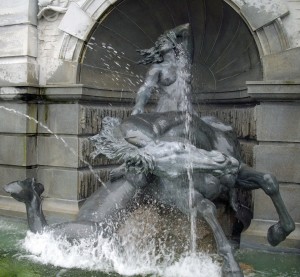 The statue on the right bring a friendly parental warning. She’s topless. I mean stripper topless. I’m not a prude, just warning those with young children what they’re encountering.

The piece was completed in 1898 by sculptor Roland Hinton Perry, who was only 28 years old. He went on to successful career as a sculptor and painter.

Rick Snider is a native Washingtonian, long-time journalist and licensed tour guide since 2010.
View all posts by Rick →
This entry was posted in Monuments and Statues and tagged Library of Congress, Photos by Rick Snider, Roland Hinton Perry, The Court of Neptune Fountain, Washington D.C.. Bookmark the permalink.