The cat, horse and the general 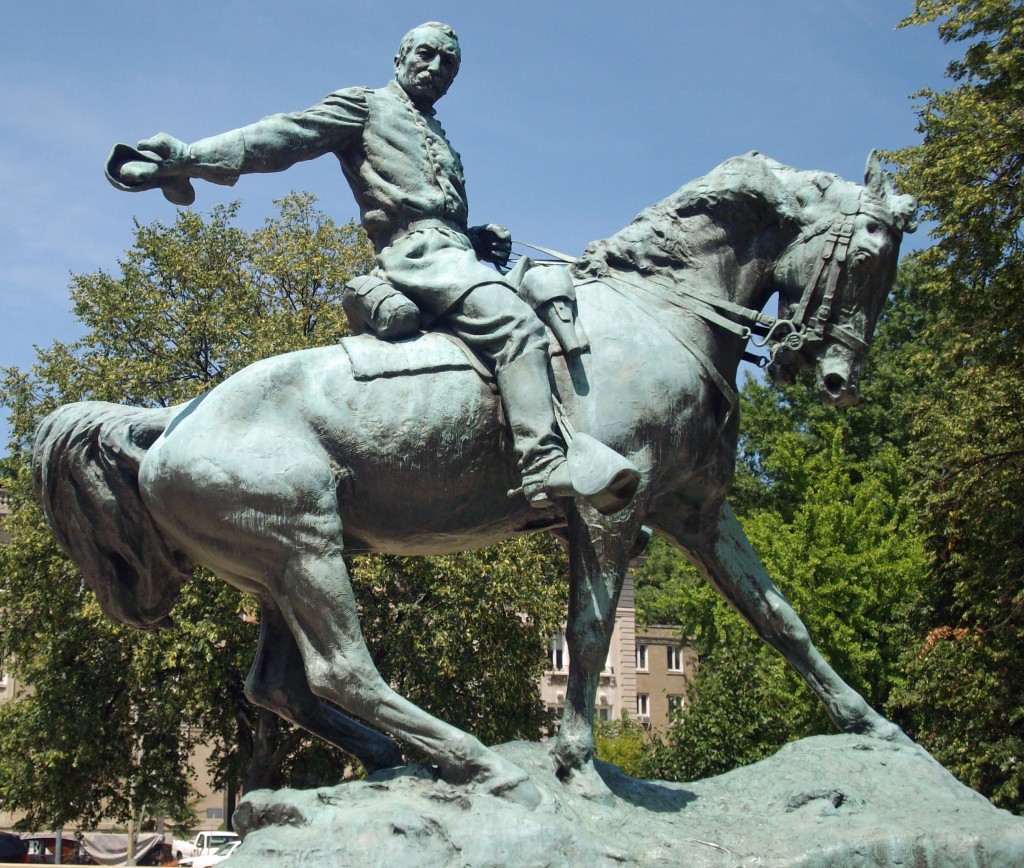 There’s lots to talk about Gen. Philip Sheridan’s statue. It’s one of the better equestrian statues in town and the horse has a story, too. 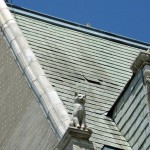 But there’s also a cat down the street keeping an eye on his old master. You won’t read this one on Wikipedia, but Sheridan’s widow managed to get her husband’s statue located down the street from her 22nd and Massachusetts Ave. And, high atop the corner home sits a cat on the ledge staring at his former master waiting for him to return. Uh, a ceramic cat. It’s pretty cool.

As for the horse, well it might be the grandest one ever. This 11-foot bronze statue by Gutzon Blorgum shows Sheridan and his horse Rienzi rallying Union troops during the Battle of Cedar Creek outside Winchester, Va. Sheridan is waving his retreating troops back into battle, his right arm clutching his cap while his left holds the reins tightly.

The pair had just ridden 20 miles as fast as they could to get to the battle and you see Rienzi’s front legs splayed out as if trying to suddenly stop. This proved to be one of the critical moments of the Civil War and “Sheridan’s Ride” by Thomas B. Read explains why there’s a statue.

“…and when their statues are placed on high,
Under the dome of the Union sky,
The American soldier’s Temple of Fame,
There with the glorious general’s name,
Be it said, in letters bold and bright,
‘Here is the steed that saved the night,’
By carrying Sheridan into the fight,
From Winchester, twenty miles away.”

The image of Sheridan seems so realistic because his son Phillip Sheridan Jr. served as the model. Notice Sheridan doesn’t tower over the horse. “Little Phil” was only 5-foot-5.

Sheridan and Rienzi rode into 85 battles together. Sheridan renamed his horse Winchester. The horse can still be seen. He was stuffed and on display at the Smithsonian’s National Museum of American History. Oh well, at least they didn’t eat him.

And if the name Borglum sounds familiar, it’s because he also created Mt. Rushmore in South Dakota.