The boxer and actor 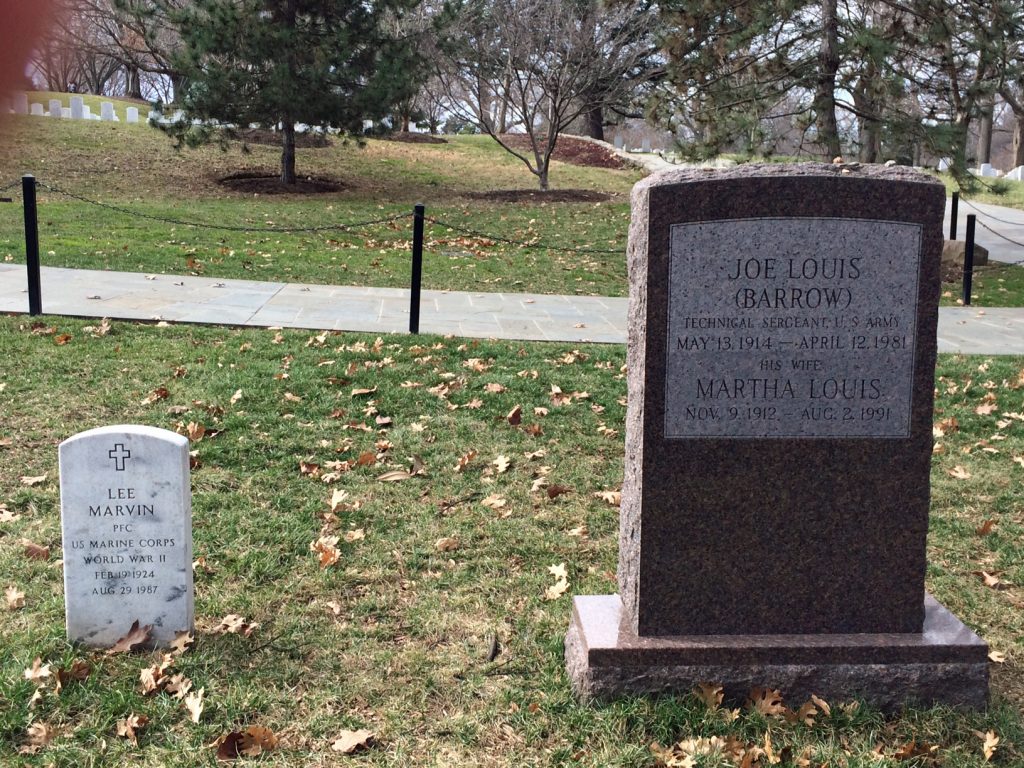 One of my favorite stops while walking through Arlington National Cemetery is just below the Tomb of the Unknowns where heavyweight champion Joe Louis lies next to famed actor Lee Marvin. Maybe it’s just a good spot to catch your breath before scaling the final walk to see the Changing of the Guard, but it’s also a good two-fer.

Louis was a Technical Sergeant in the U.S. Army while Marvin was a Private First Class in the Marines. Both served in World War II. Louis joined in 1942 and served in the Special Services Division and was best known for saying, “Lots of things wrong with America, but Hitler ain’t going to fix them” and “We’ll win, because we’re on God’s side.” He was withheld from combat for fear of being targeted by Germans. He earned the Legion of Merit before discharged on Oct. 1, 1945. Of course, he was also heavyweight champion boxer of the world.

Marvin enlisted in 1942 and served with the 4th Marine Division in the Pacific. He was shot twice during the Battle of Saipan, severing his sciatic nerve and hitting his foot. He was medically discharged in 1945. Marvin earned multiple medals, including a Purple Heart. He’s best known for becoming an actor in 30-plus movies, including the crusty colonel in “The Dirty Dozen.”