The Big Red One – literally 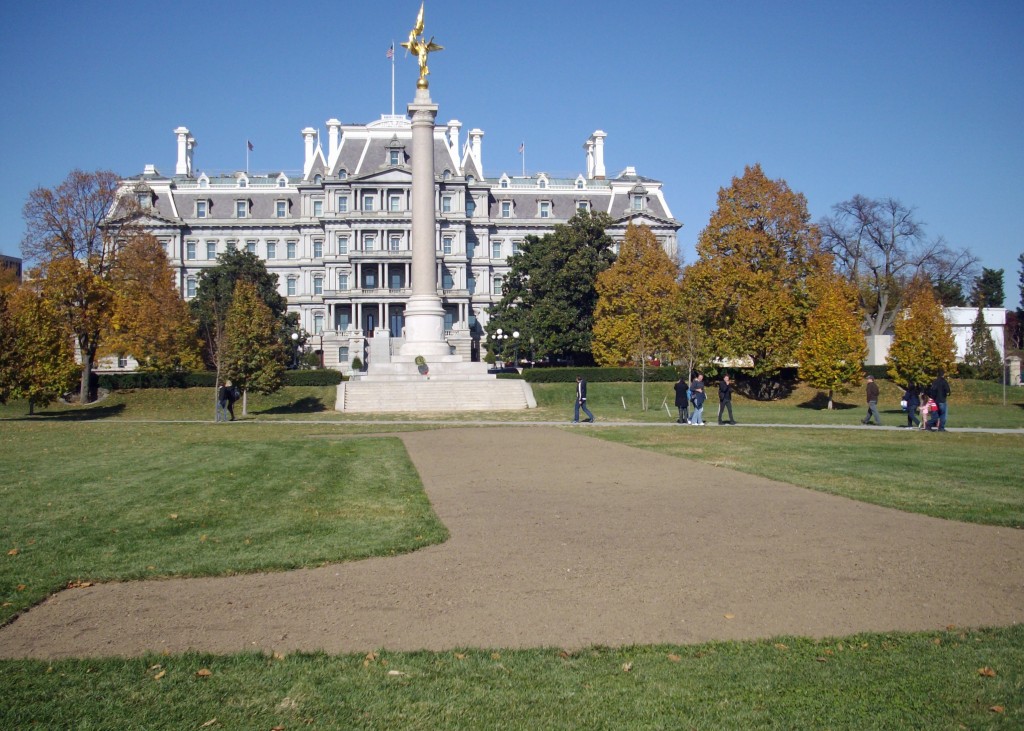 I’ve walked by this monument often over the past 30 years because my wife works nearby. And I knew what it was and even seen it in the spring with the red flowers filling the dirt area in the photo above.

But I was watching actor Lee Marvin in “The Big Red One” movie the other night and suddenly it all clicked. Oh yeah, the 1980 movie is named after the unit that has the marker by the White House.

The First Division Monument was created by Daniel Chester French, who sculpted Lincoln’s statue in the Lincoln Memorial. It honors soldiers of the First Division who died during World War I. The 80-foot pink marble column was carved from a Massachusetts quarry and is one of the longest pieces ever mined in the U.S.

Atop the column is a 15-foot bronze Victory with wings whose left hand blesses those who died. At the bottom are the names of those from the First Division who died in World War I and then later in World War II.

The monument was dedicated in 1924 by President Calvin Coolidge.