That’s Smithson . . . as in Smithsonian 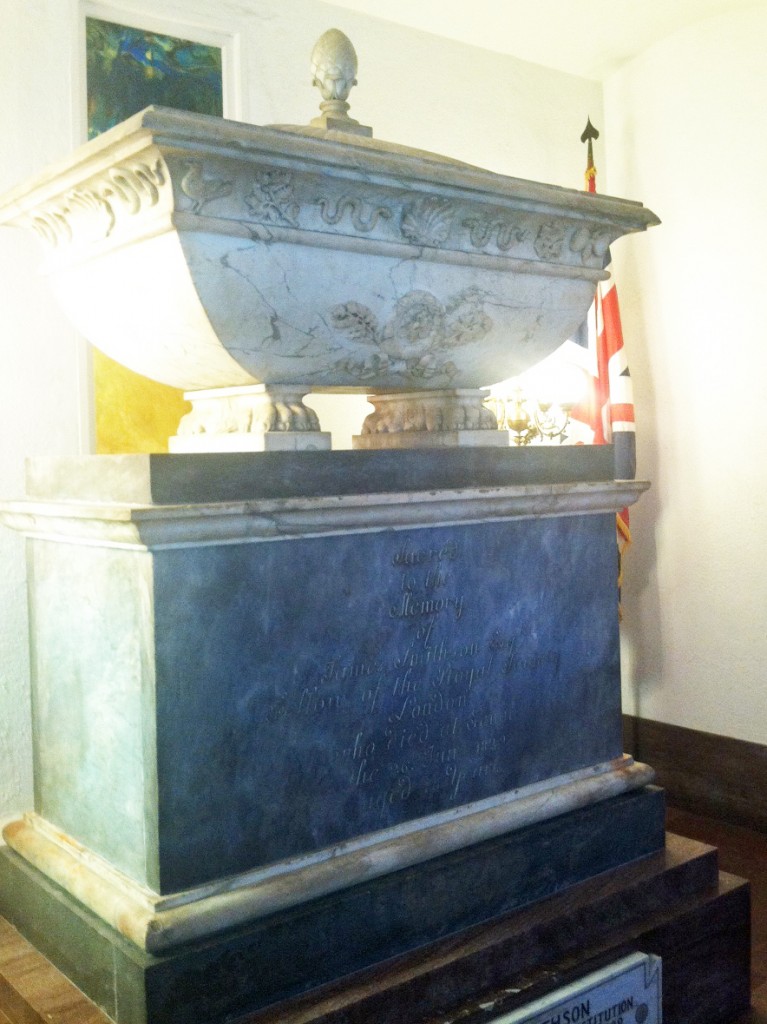 Who’s the man in the bathtub?

Wow, what am I going to do with you guys? That’s the remains of James Smithson as in the man that founded museums that bear his name.

So what’s he doing in a bathtub?

It’s not a bathtub, you cretin. It’s a sarcophagus.

Let’s start from the beginning. James Louis Macie Smithson was an illegitimate son of Hugh Percy, 1st Duke of Northumberland, and Elizabeth Hungerford Keate Macie. Born in secrecy around 1765 in Paris, he would become a chemist and live well off his mother’s estate. He wrote papers on varied subjects from snake venom to human tears. 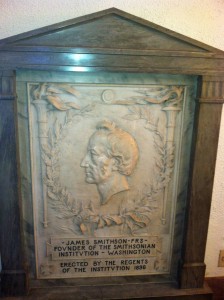 Smithson died in 1938 in Genoa, Italy and left his fortune to a nephew, who died in 1835 without heirs. Smithson’s will then stipulated the money should be donated to the U.S. that he never visited to create Smithsonian Institution in Washington.

Buried in Genoa, his grave was going to be relocated in 1905 when Smithsonian regent and investor Alexander Graham Bell asked that it moved to the Smithsonian Castle. It arrived in 1904, escorted through the city by the U.S. Cavalry. Officials were going to create a crypt, but the remains are in a former children’s museum just inside the left doorway when entering from the National Mall side.

Rick Snider is a native Washingtonian, long-time journalist and licensed tour guide since 2010.
View all posts by Rick →
This entry was posted in Monuments and Statues and tagged crypt, James Smithson, Photos by Rick Snider, Smithsonian museum, Washington DC museums. Bookmark the permalink.