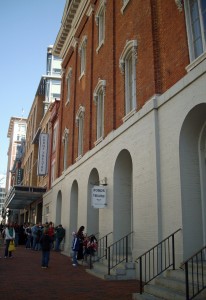 It’s 90 minutes starting at the corner of 6th and Pennsylvania Ave. N.W. (front of the Newseum) on Saturday, March 26 at 1 p.m. (I changed the time because the National Marathon will tie up downtown all morning.) The tour covers many of Booth’s stops on his final day when assassinating Abraham Lincoln on April 14, 1865. See where his hotel was, the stable he procured the getaway horse, Ford’s Theatre, Baptist Alley, Star Saloon, Kirkwood Hotel and more. I’ll talk about several other nearby locations like the Surratt Boarding House, Willard Hotel and National Theatre, too. It less than one mile of walking overall so it’s not strenuous.

I’ll also discuss what happened to everyone involved that night from the four hangings and four imprisonments to others who went mad. 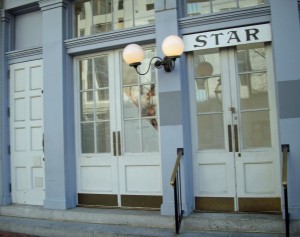 All I ask is some feedback on how I perform. The real tours will soon start so I can use some constructive feedback.

Email me at MonumentalThoughts@gmail.com to reserve your slot. I’m limiting it to 15 people to get a more personal feel.

Rick Snider is a native Washingtonian, long-time journalist and licensed tour guide since 2010.
View all posts by Rick →
This entry was posted in Abraham Lincoln, On the Trail of John Wilkes Booth and tagged free, John Wilkes Booth tour, Lincoln assassination, Photos by Rick Snider, Washington D.C.. Bookmark the permalink.