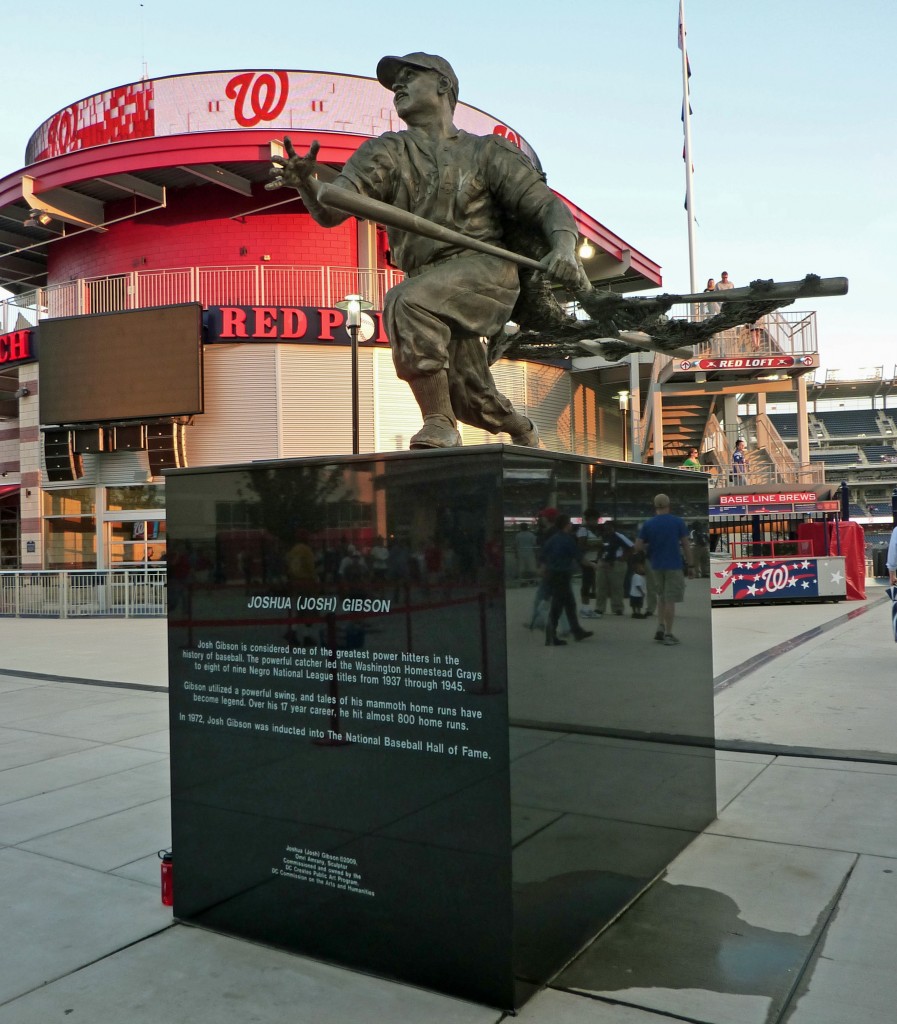 Just steps into Nationals Park, you’ll run into the three most famous ballplayers in Washington history. They’re probably behind Teddy, Abe and George hamming it up with fans. 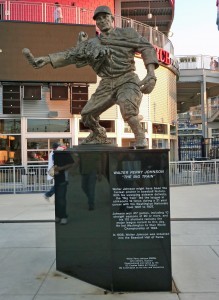 Walter Johnson, Frank Howard and Josh Gibson were immortalized in bronze in 2007 when the new baseball stadium opened for the Washington Nationals. The city wanted a link to baseball’s past. Johnson was the greatest pitcher ever for the first Washington Senators, Howard the slugger of the second Senators franchise and Gibson one of the Negro League greats with the Homestead Grays that played half their home games at Griffith Stadium, which is now Howard University Hospital on Georgia Ave.

Some say Johnson was the fastest pitcher ever, though he pitched from 1907-27 long before speed guns could prove it. Johnson won a record 417 games, including 10 straight of 20 or more. His 110 shutouts are also a record. Johnson led Washington to its only World Series title in 1924 and was inducted into the National Baseball Hall of Fame in 1936. The statue conveys the speed as Johnson pitches. 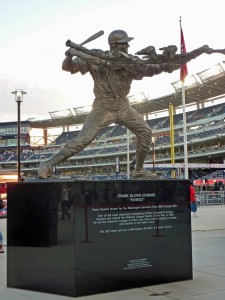 Howard only played for the Senators from 1965-71 after earlier winning National League Rookie of the Year in 1960. “Hondo” was 6-foot-6 and a real fan favorite. His figure conveys the swing that led the American League in home runs twice as his 237 homers were a franchise record.

Gibson led the Grays to eight of nine Negro National League titles from 1937-45. He hit more than 800 home runs over his 17-year career and was inducted into the National Baseball Hall of Fame in 1972. The figure shows Gibson admiring one of his legendary titanic homers.

All three figures were sculpted by Omri Amrany, an Israeli sculptor and painter.

UPDATE: The figures were moved to the home plate entrance along South Capitol St. NE by walkway in April 2015.