Take a long look at America and War and Peace 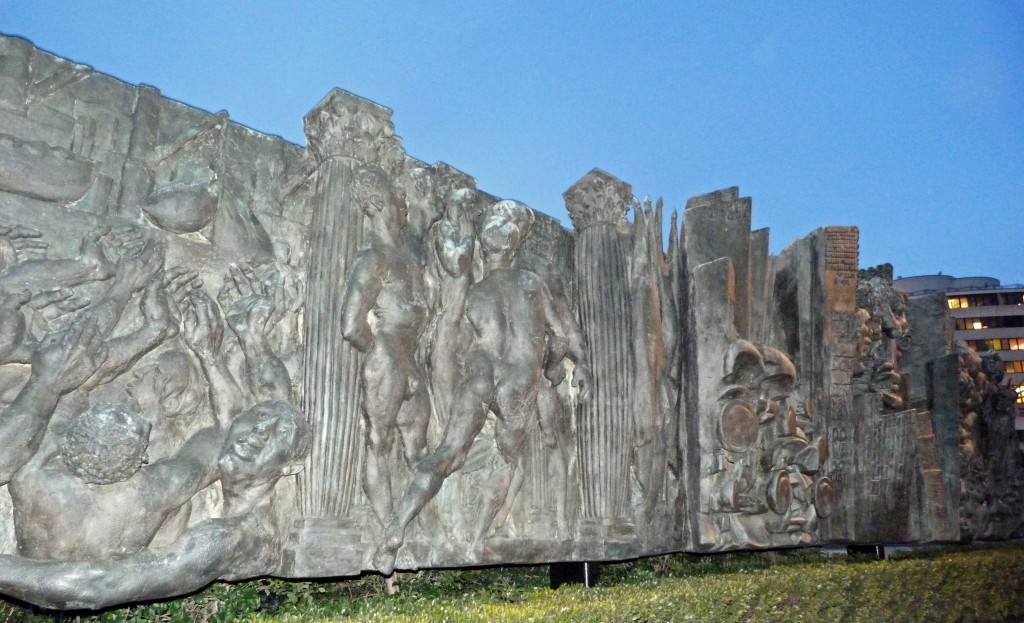 America and War and Peace

Some artwork only requires a moment’s attention to grasp its focus. America and War and Peace will take awhile.

Located by the John F. Kennedy Center entrance, the bronze series of panels 16 feet long was a gift from Germany in 1969. Sculpted by Jurgen Weber, America shows a series of history beginning on the left with starving Europeans vying for sacks of grain from American ships. There are five politicians arguing, New York skyscrapers, Statue of Liberty and even a rocket headed for the moon. The War and Peace section shows a series of violence, families and celebrations with even Louis Amrstrong playing the trumpet.

Whew – it’s a lot to take in, especially since most people are eager to go inside the Kennedy Center for a show.