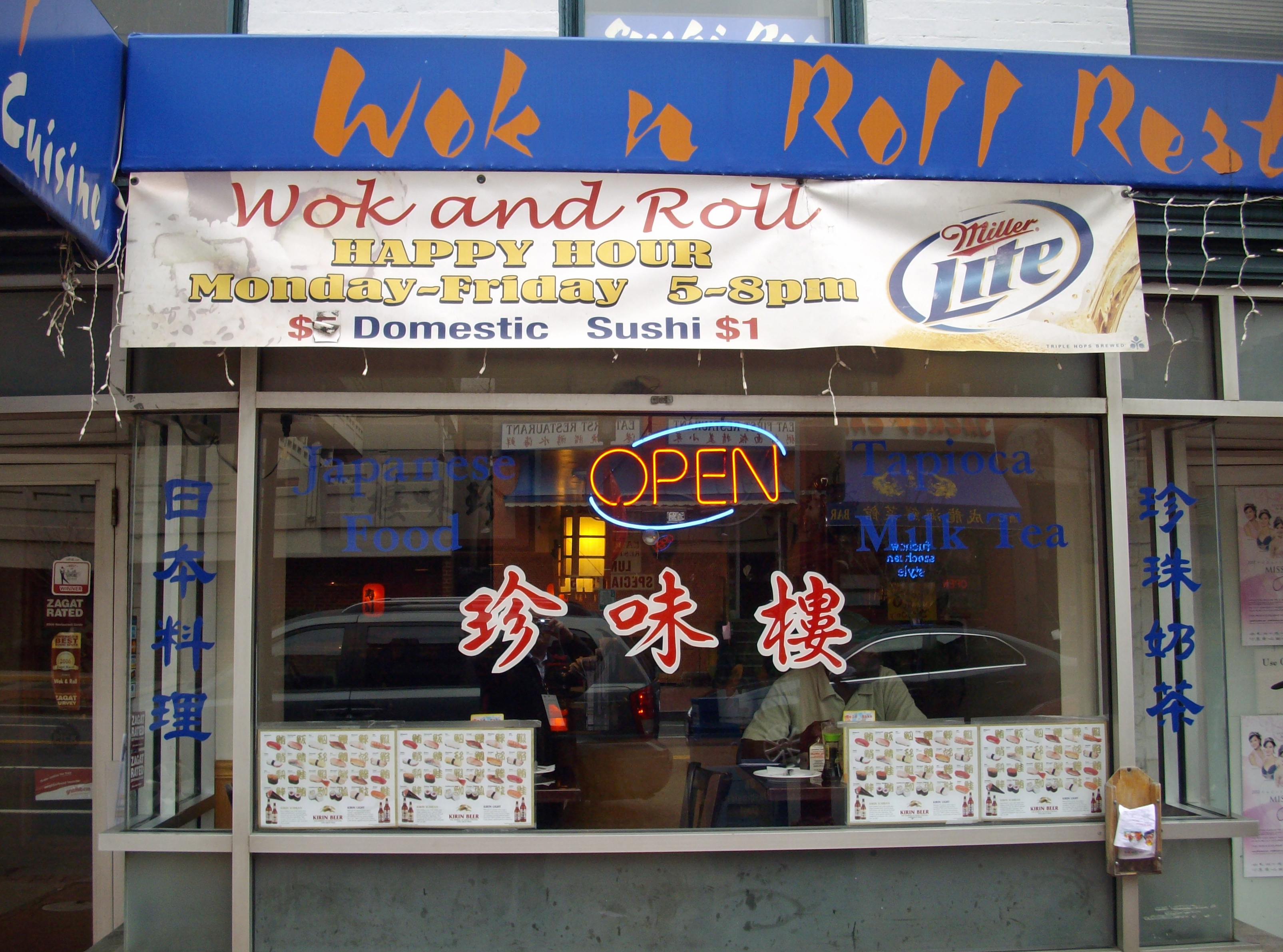 Mary Surratt was one of four people hanged in the aftermath of Abraham Lincoln’s assassination on April 14, 1865. She was the first woman in U.S. history to be executed despite cries of mercy for such an old woman. Uh, she was 42, which if I called someone an old woman who’s 42 today there would be a lynching and it would be me. 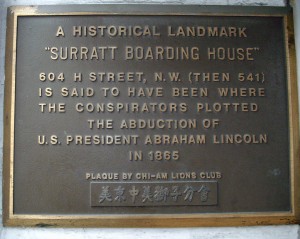 Anyway, Surratt was said to have hatched the nest of conspiracy. I think that went a little too far. (Disclaimer: Surratt and I are third cousins a few generations removed.)

Surratt certainly knew John Wilkes Booth (Another disclaimer – Booth’s also a cousin of mine. Lesson here is don’t mess with me.) Surratt knew Booth was up to something with Lincoln. She helped in some ways. But I’m not sure Surratt truly knew what was up. That’s what the movie is supposed to help us decide. 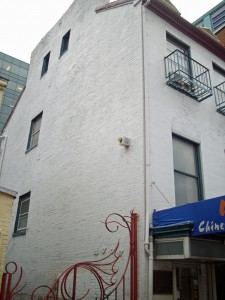 The photo above is the ground floor of the old Surratt board house in Washington on 6th and F. St. N.W. just a block above Verizon Center. If you stand by the left side at the alley, you’ll see the original exterior wall. The top two floors are untouched. It’s maybe a 10-minute walk from Ford’s Theater.

Now, don’t get this confused with the better known Surratt House in Clinton, Md. where Booth fled after killing Lincoln to pick up supplies. That was Surratt’s former home before opening the board house six months before the killings. Her husband died and Surratt rented out the then rural house to John Lloyd while she operated the downtown board house. The Clinton house is still open for tours.