Strike up the band for John Philip Sousa 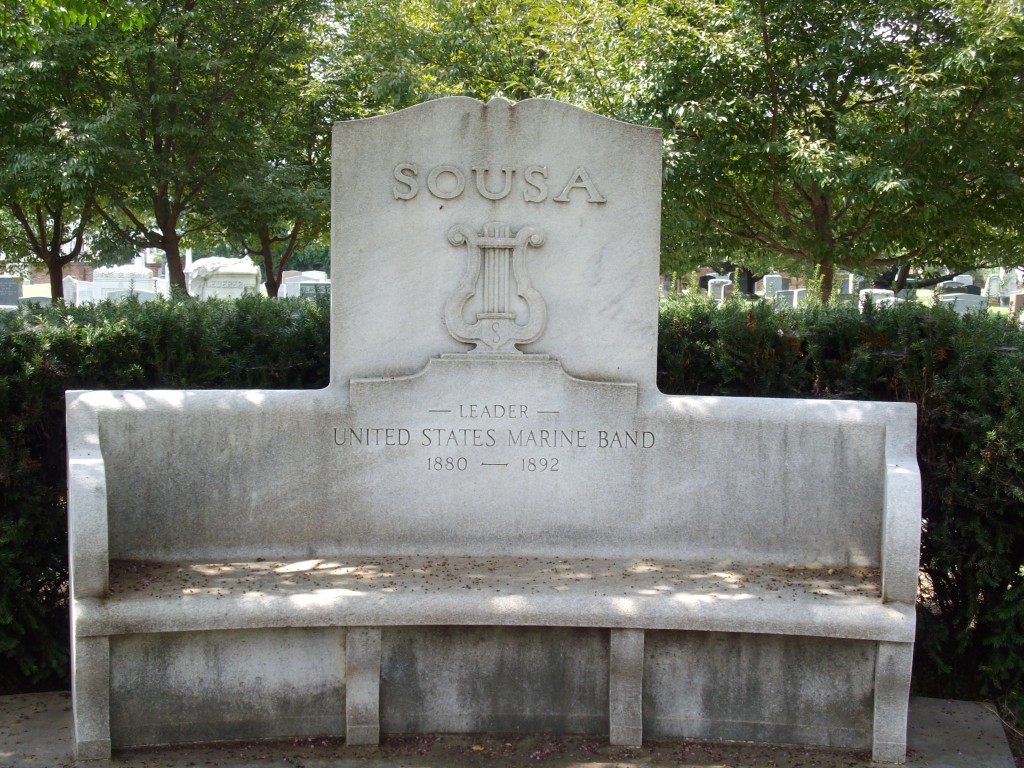 You may not know the man, but you know his music. 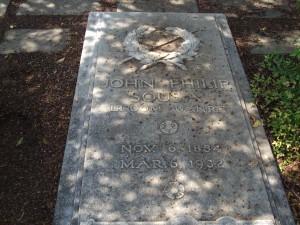 Sousa apprenticed with the U.S. Marine Band at age 14 for seven years after his father feared Sousa would join a circus band. The Washington native spent his life conducting and writing marches, including 12 years conducting the Marine Band, and inventing the sousaphone that’s like a tuba. Sousa served in the Navy during World War I and later led the Sousa Band to 15,000 performances until dying in 1932 at age 77.

The grave has a marble bench at the top of a family plot in Congressional Cemetery along with with a marble stone for his plot.