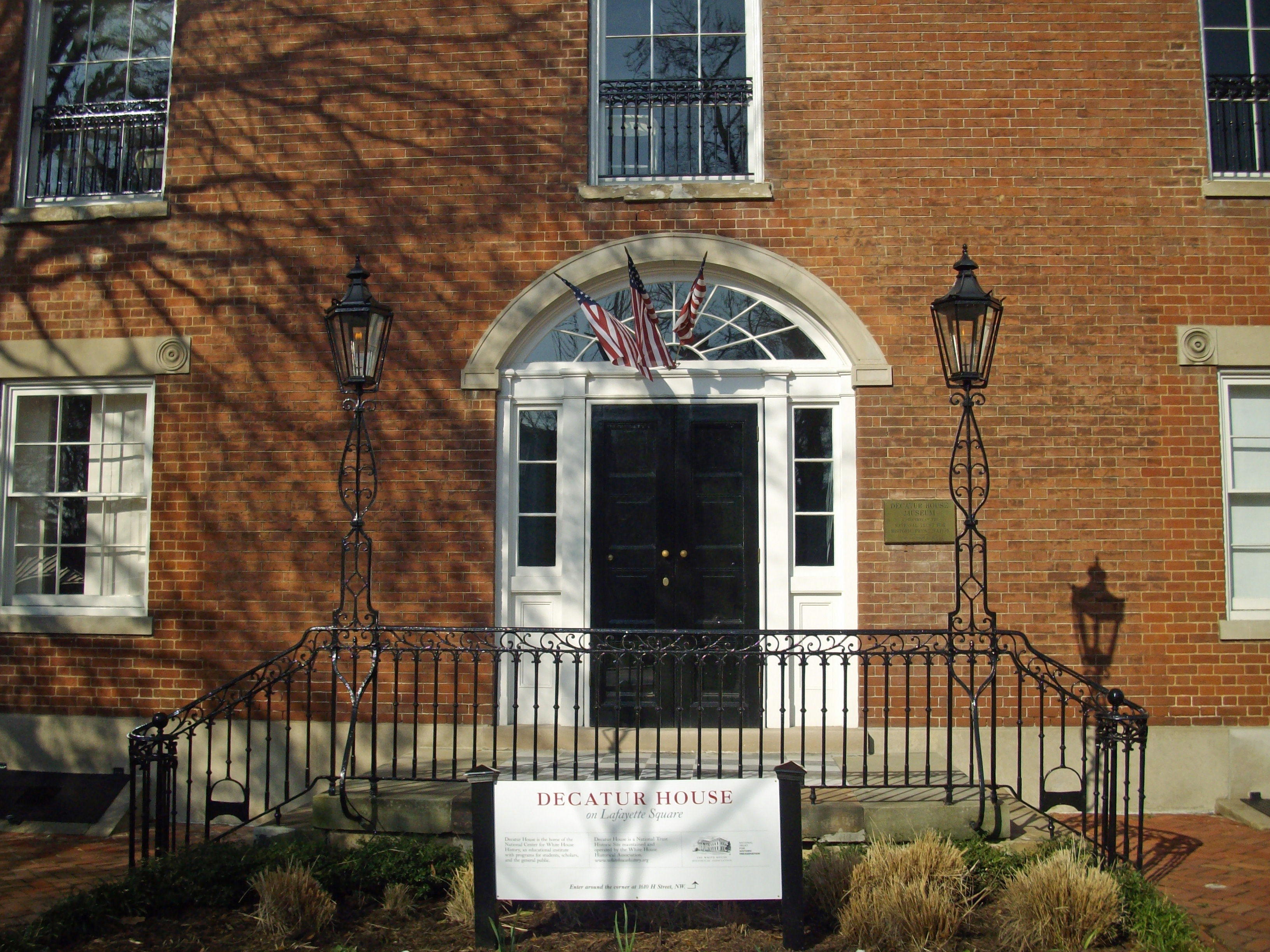 Stephen DeCatur must have been one cool cat, if not an unlucky one.

After fighting in the War of 1812 and later facing pirates off the Barbary Coast, DeCatur used the “prize money” from Congress to build this three-story brick house within sight of the White House in Lafayette Park at the corner of Jackson Place and H St. N.W.

Too bad he only lived in it only 14 months before – bam – dying in a duel. Seems Commodore James Baron objected to DeCatur court martialing him and shot him in a one-on-one satisfaction of honor.

DeCatur’s wife moved out immediately. It has since been the home of one vice president, three secretaries of state, five congressmen, a British prime minister and the French and Russian delegations. Nowadays it’s a naval museum open to the public.