St. John’s – “Church of the Presidents” 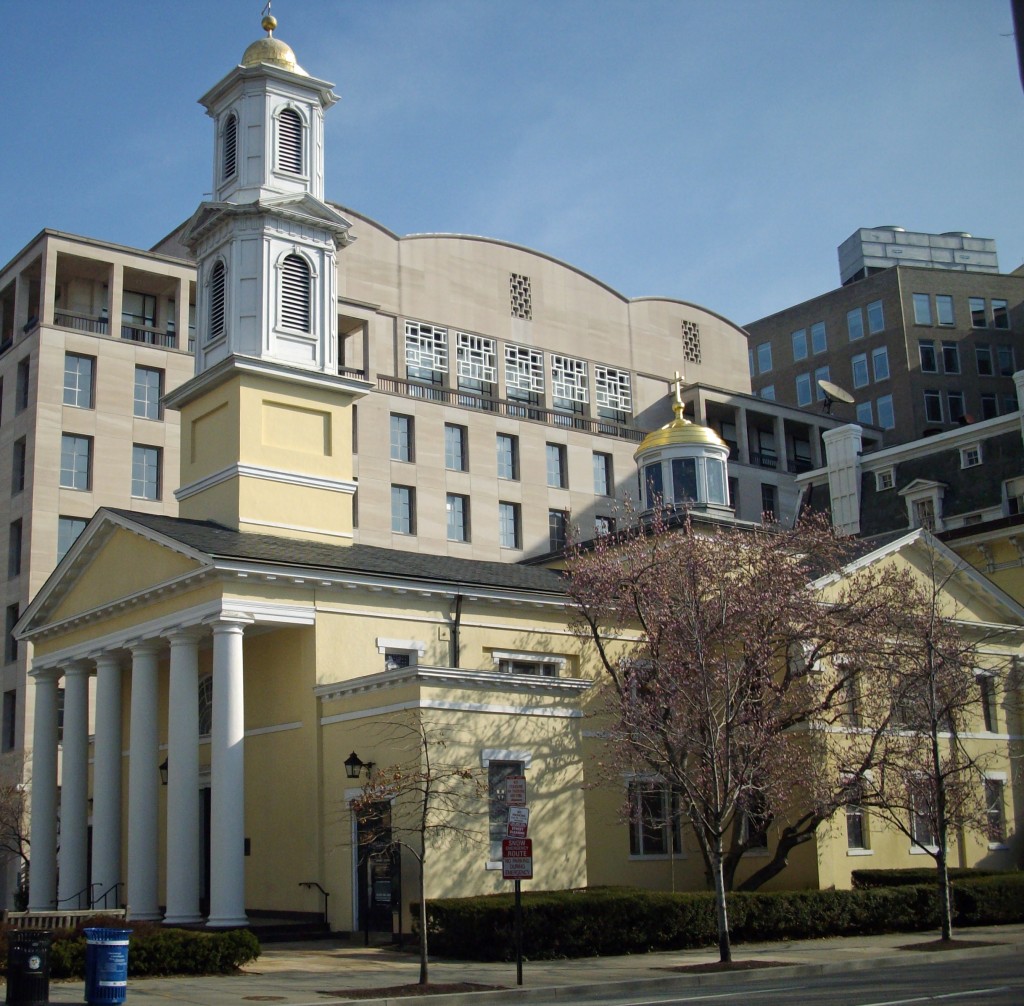 Every president since James Madison has attended the “Church of the Presidents” just a short walk (if they could do so nowadays) from the White House at 15th and H Sts. N.W. Madison started the tradition of the “President’s Pew” in 1816. It’s No. 54, not Area 54.

St. John’s Episcopal Church was designed by architect Benjamin Latrobe, who also worked on the Capitol and DeCatur House a block away from the church and rebuilt the White House after it burned in 1814. The Neoclassical church was built like a Greek cross, but five columns in front and a Roman Doric portico later added made it into a Latin cross. The church’s yellow stucco walls and golden cupola and dome make it easily standout from adjoining buildings. The 1,000-pound bell was cast by Paul Revere’s son Joseph in 1822 and served as an alarm for the neighborhood.

The 22 stained glass windows featuring Leonardo DaVinci’s ”The Last Supper” were added in the early 1880s.

Public tours are Sundays after the 11 a.m. service.

This entry was posted in Attractions and tagged Church of the Presidents, Photo by Rick Snider, St. John's Episcopal Church, Washington D.C.. Bookmark the permalink.