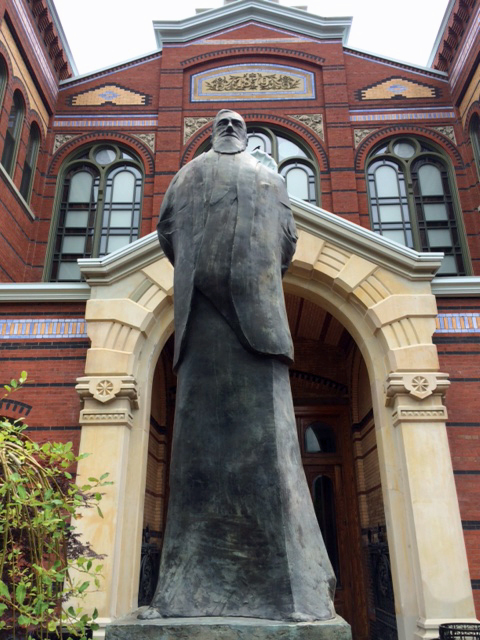 Walking through the Smithsonian Castle gardens, I spotted a statue of Spencer Fullerton Baird that towered overhead. Who was this man?