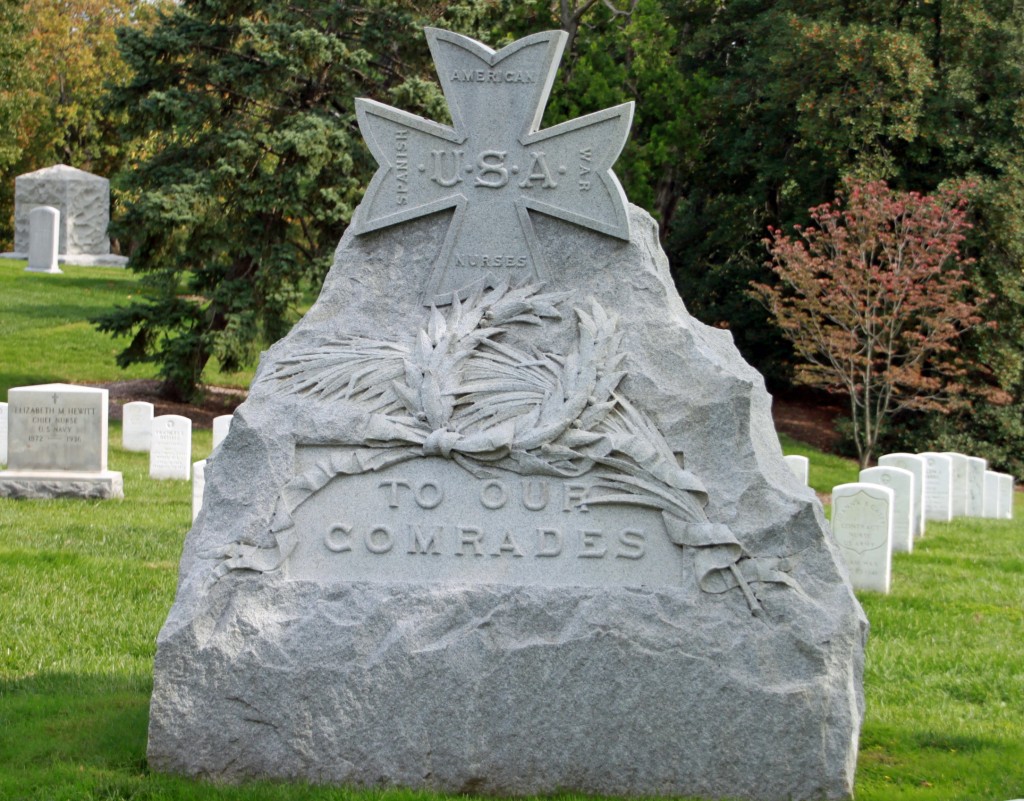 The large granite boulder remembers the nurses of the Spanish America war, which was the first to have nurses organized by the military. 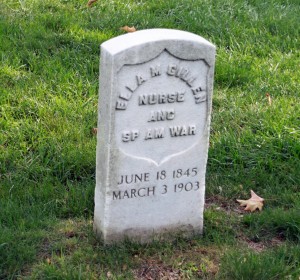 The Maltese cross, symbol of The Society of Spanish American War nurses, sits high on the marker with “To our comrades” written underneath. The palm leaves in the middle represent the tropical climate in which the war was fought along with the traditional laurel leaves. The Maltese Cross is also on the back of the megalith.

Graves of nurses who died in the conflict surround the memorial, which is just yards from the mast of the Maine behind the Memorial Amphitheater.