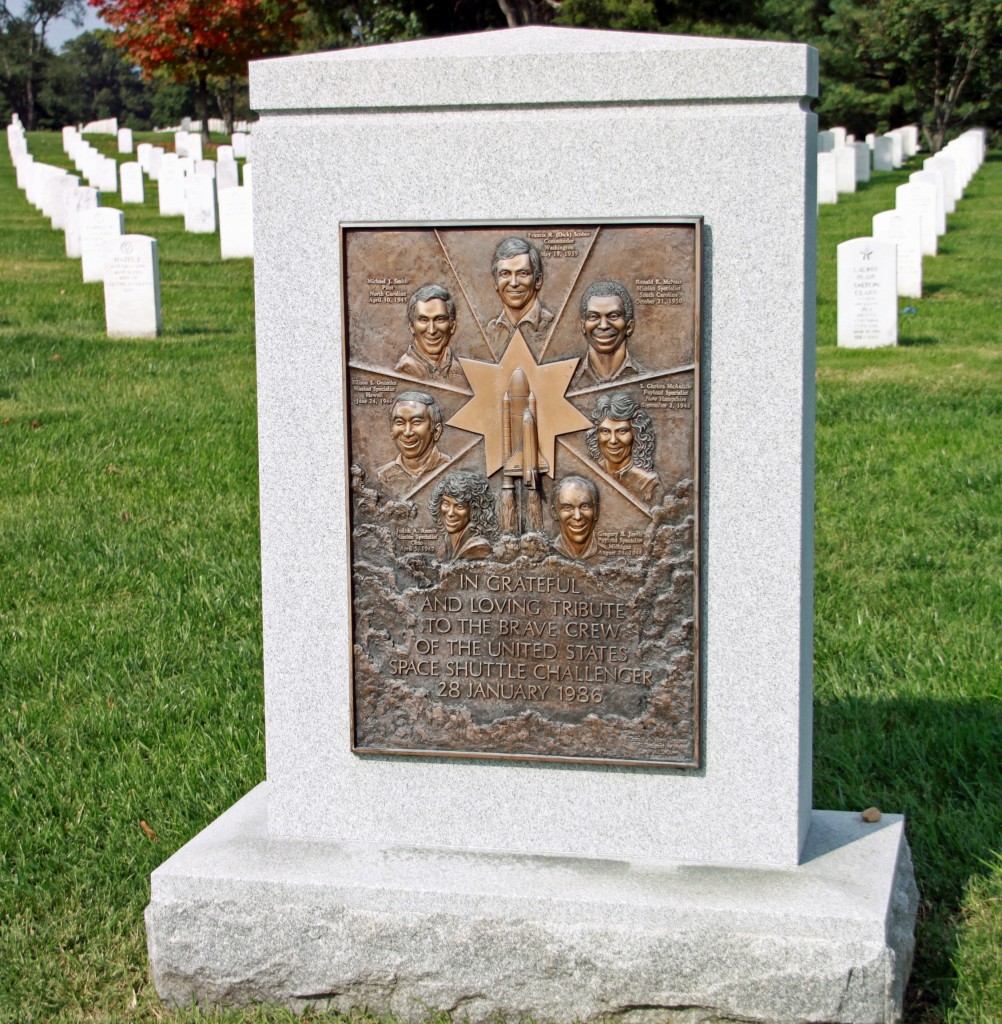 It’s one of those moments we all remember. The Space Shuttle Challenger exploding just 73.5 seconds after leaving Cape Kennedy on Jan. 28, 1986. An o-ring in the right booster rocket leaking hot gasses that led to the fuel tank rupturing and the shuttle falling into the Atlantic Ocean.

There was no escape for the seven astronauts, who are remembered with this marker just above the Memorial Amphitheater by the Tomb of the Unknowns.

Parts of all seven are interred beneath the marker, but Scobee and Smith are buried elsewhere in Arlington. Scobee is just a few feet to the left of the memorial. Smith is in Section 7A, site 208-1.