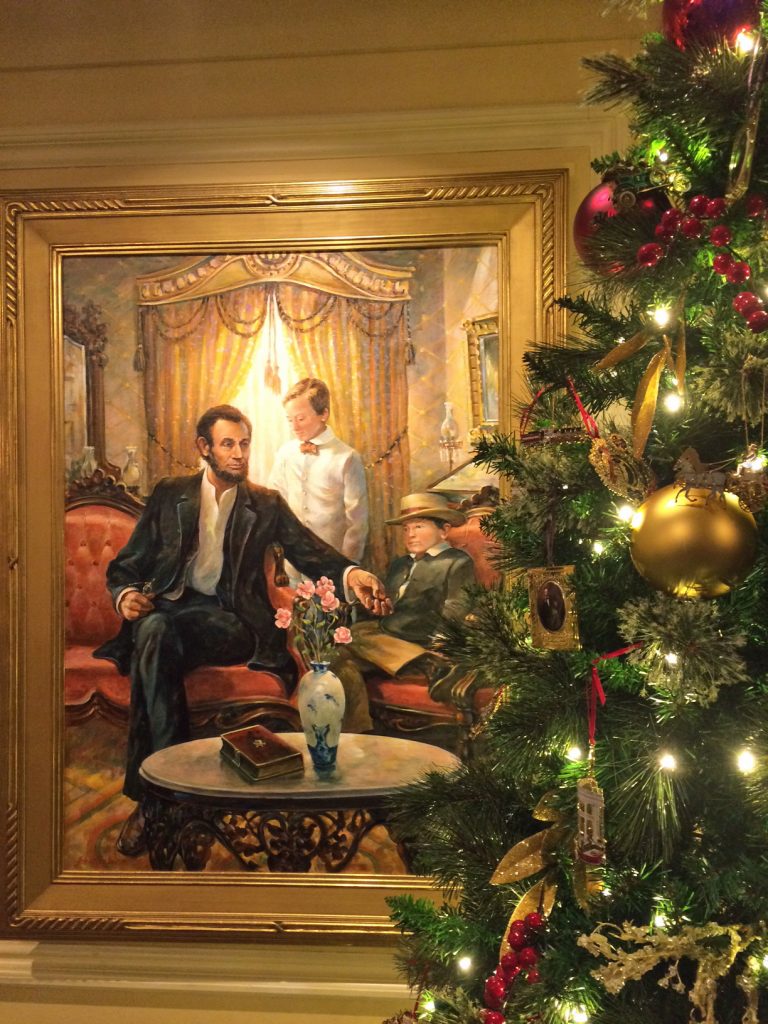 Maybe that’s why I like covering teams just as much on non-game days as the games themselves as a local sports writer for the past 40 years. (I now work for the Washington Post Express and 106.7 The Fan as a columnist.) Behind-the-scene stories interest me more.

So this year I’m going to write about smaller venues when possible. Anyone can talk about the Lincoln Memorial. I do it all the time. But these two portraits hang in the lobby of the Willard Hotel just past the clerks on the left. It’s a small section of the lobby where you can study them in peace.

The portrait above is of Abe Lincoln and sons Willie (far right) and Tad. The lower photo is Mary Lincoln and their son Robert Todd Lincoln. The Lincolns also had a fourth son, Edward Baker Lincoln, who died in 1951 at age three of tuberculosis. 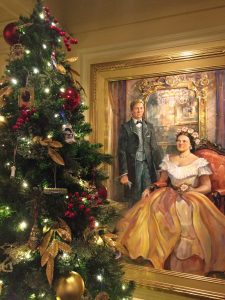 It many ways, the Lincolns are a sad story. Abe may have been our greatest president in holding the union together during the Civil War, but the price was his own life at the hands of assassin John Wilkes Booth, who oddly is a distant cousin of mine.

Willie and Tad both contracted typhoid fever in 1862 during the family’s second year in the White House. Some say it was caused by the bad water conditions around the White House. Willie didn’t recover and died at age 13. It’s said Willie’s death was the greatest heartbreak of his father’s life. Tad would die at age 18 while traveling with his mother overseas for two years. All three boys are now buried alongside their parents in Springfield, Ill. 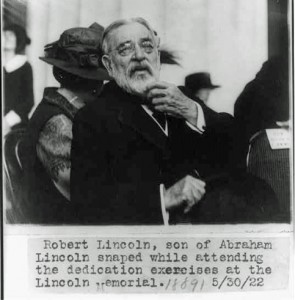 Robert Todd Lincoln was the only son that lived into adulthood. Indeed, he died in 1926 at age 82 after attending the dedication of the Lincoln Memorial four years earlier (shown left.) He was Secretary of War from 1881-85 and served as envoy to the United Kingdom. Robert is buried at Arlington National Cemetery after living in Washington much of his life.

Mary Lincoln died in 1882 at age 64. A life of heartache for sure, but we at least see the Lincolns shown in good times.