Sir John Dill worth stopping for a breather 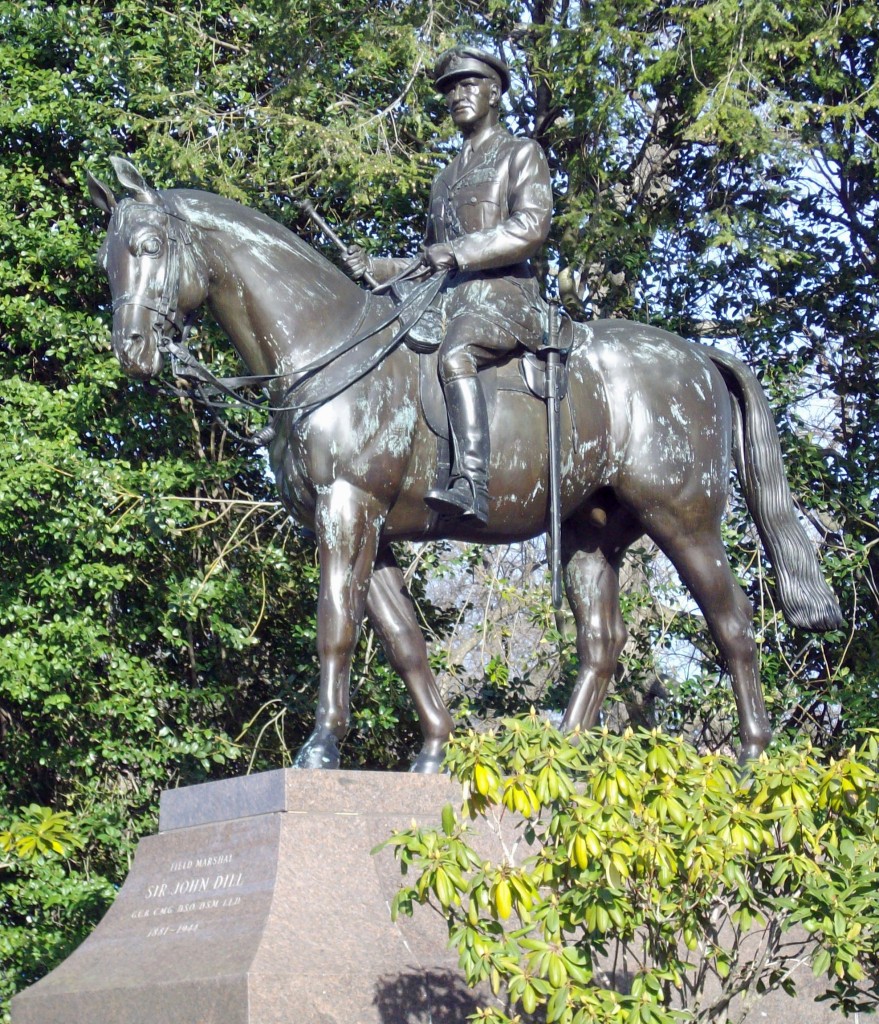 When first becoming a guide, I wasn’t the tip-top physical specimen before you today (kidding) and needed a quick breather when walking people up to the Tomb of the Unknowns. If you don’t split to the right to see John F. Kennedy’s eternal flame, you stay left and see a man on a horse at a crossroad.

It seemed like a good place to stop. People thought I was going to talk about the statue. I was just catching my breath. But, since they regularly asked I quickly learned who it was to pretend like I was stopping for something other than being out of shape.

The Northern Ireland native joined the First Battalion Leinster Regiment in 1901 and served in South Africa. He became a major while serving in France during World War I and commanded forces in India and Palestine in 1926-27. Promoted to general of I Corp in World War II, Dill was reassigned to gain U.S. assistance while serving in Washington.

A foreign soldier buried at Arlington is an honor. That Dill is one of two people atop a horse – joining Union cavalry office Philip Kearny – makes it even more unusual. But what really amazes me is Dill is buried in another section of Arlington instead of by the statue.

I still use Dill as a pausing point, partly to let stragglers catch up to the group. But, Dill deserves a moment for reflection.