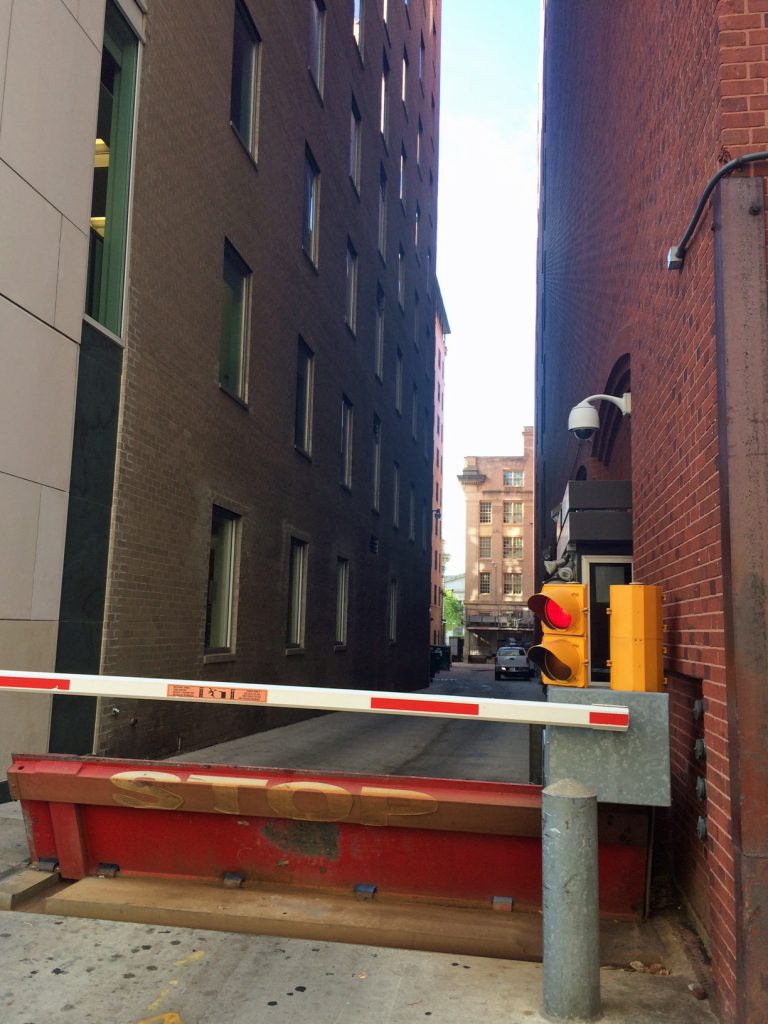 Is something a secret if everyone that cared to know about it since 1941 indeed knows about it?

Visitors often asked about whether there are secret tunnels from the White House. They’re thinking of the 1993 movie “Dave” where a lookalike subbed for a president in a coma and slipped in and out of the White House.

Well, I don’t know about the one from the film, but there’s a passage that runs to an alley seen from H. St. across Lafayette Park. It has a gate and guardhouse protecting the alley so good luck trying to access the tunnel.

Supposedly, the tunnel was built in the 1941 that includes the Treasury Annex that may have been an equal reason for an underground passage to protect currency runners. World War II saw officials worried over FDR being vulnerable to aerial bombings. That a Congressman complained of its costs during a hearing made the tunnel public knowledge.

So, it’s no secret, but let’s just say not trying to see it is common knowledge.