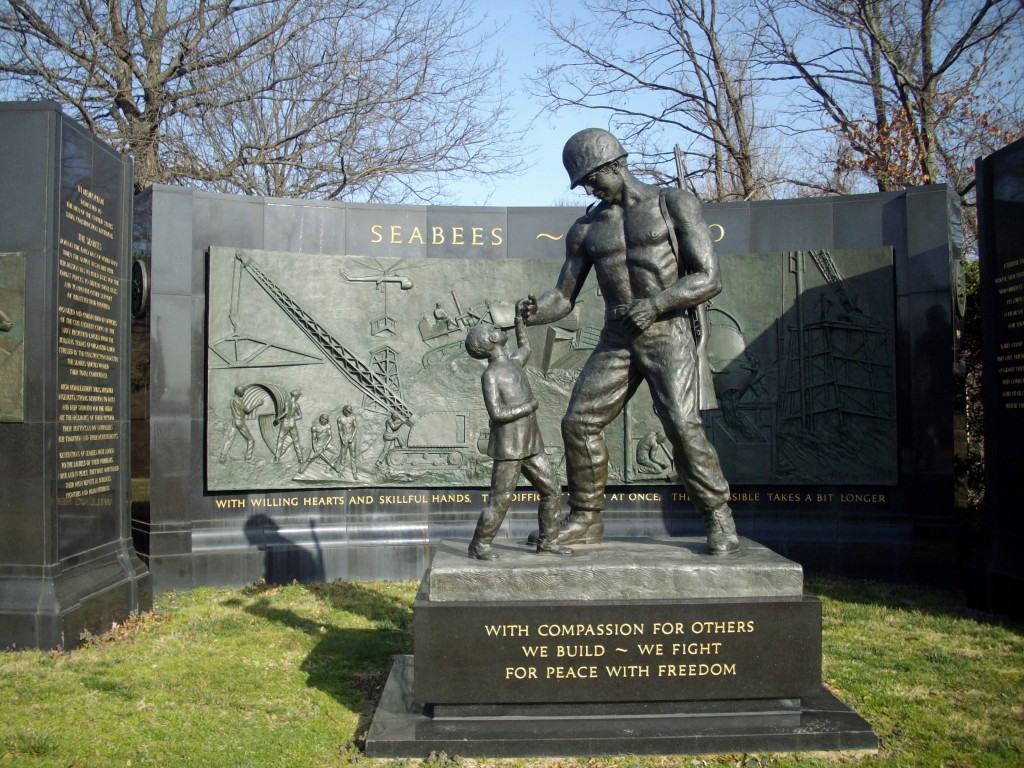 The toughest men of World War II might have been the Navy Seabees.

Created in March 1942 to construct whatever was needed in World War II, the “Construction Builders” were known as “CBs” and hence Seabees.

These guys could build anything and everything while even under attack. Indeed, they built housing for more than 1.5 million soldiers, 111 airports, 441 piers, thousands of miles of roads and 100 million gallons of water storage tanks.

Located between the Memorial Bridge and Arlington National Cemetery, the nine-foot bronze statue is by Felix de Weldon, who you also know from his Iwo Jima Memorial nearby. The Seabee extends his hand to a young child with a wall depicting scenes of the unit’s capabilities.