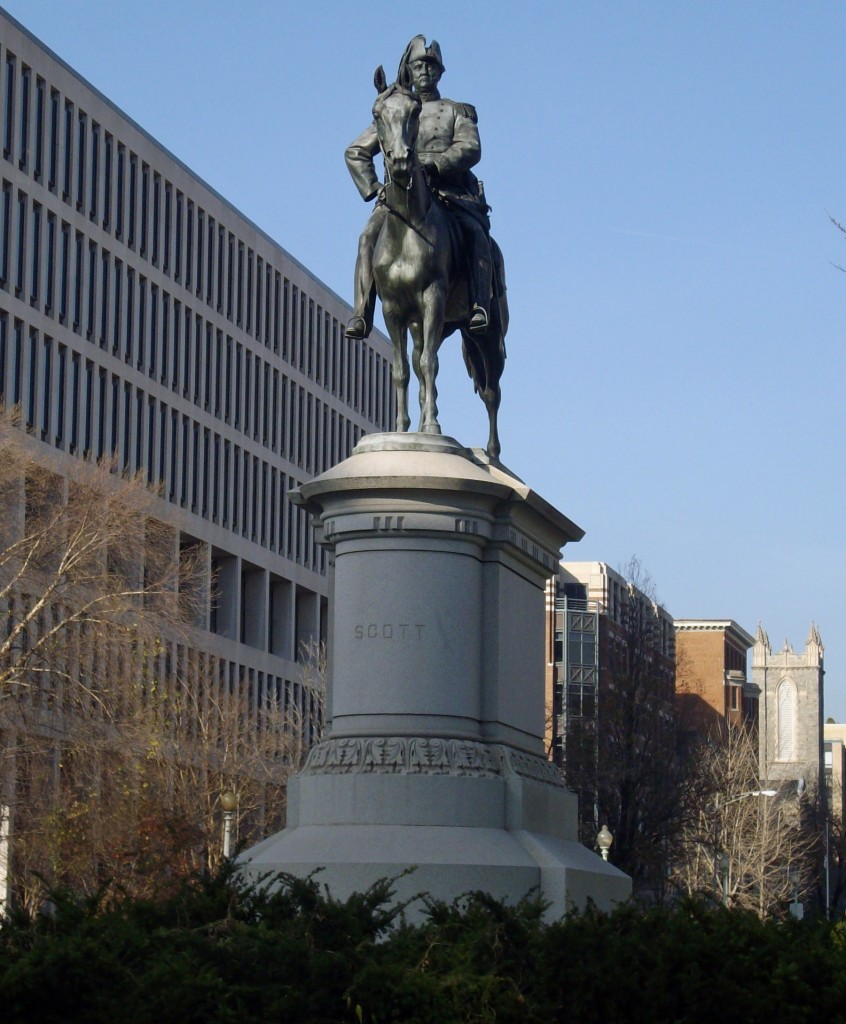 The legend says all statues face the White House. It’s not true, though this one does.

Gen. Winfield Scott’s statue lies in the three-sided circle of Massachusetts and Rhode Island Aves. and 16th St. N.W. just blocks from the White House that he failed to win in 1852. Indeed, Scott nearly ran in 1860 but decided he was getting too old. Instead, Scott lived until 1866, one year after Abraham Lincoln’s assassination.

Scott was a bonafide military hero; veteran of three wars against Mexicans, Cherokee Indians and British. Scott served a half century and wrote the military’s first drill regulations.

The pedestal is 15 feet high, which James Goode’s bible of local monuments “Washington Sculpture” says was the largest single block of granite then quarried. Scott dons his field uniform of lieutenant general while looking ahead while his horse rests.

Goode says the horse was supposed to be a mare until family objections that generals always rode stallions. Sculptor Henry Kirke Brown modeled the horse after Scott’s favorite mare. Let’s just say certain additions were made to satisfy everyone. Wouldn’t be the first or last deal made in Washington.