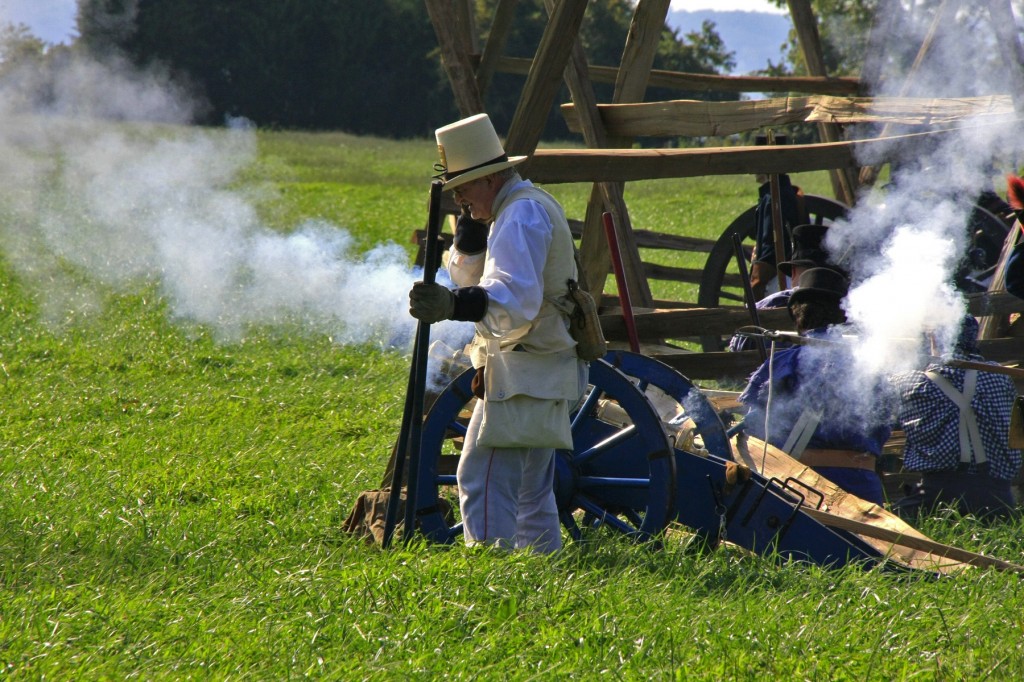 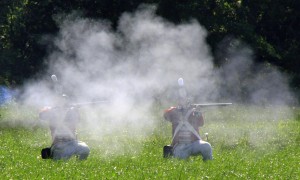 The re-enactment at Jefferson Patterson Park in St. Leonard, Md. on Sept. 22 pitted a dozen American soldiers and three cannons versus seven British soldiers. It wasn’t close. Soon, white smoke covered the field just like 200 years ago, only this time three lobsterbacks ran into the woods while four brethren layed dead and locals celebrated.

Maybe it wasn’t like the real thing, and maybe it happened twice that day, but it was still an entertaining 15 minutes for the 200 or so watching nearby.

That’ll teach those Brits not to mess with Southern Marylanders again.

Rick Snider is a native Washingtonian, long-time journalist and licensed tour guide since 2010.
View all posts by Rick →
This entry was posted in Washington life and tagged Photos by Lisa Snider, re-enactment, St. Leonard, War of 1812. Bookmark the permalink.