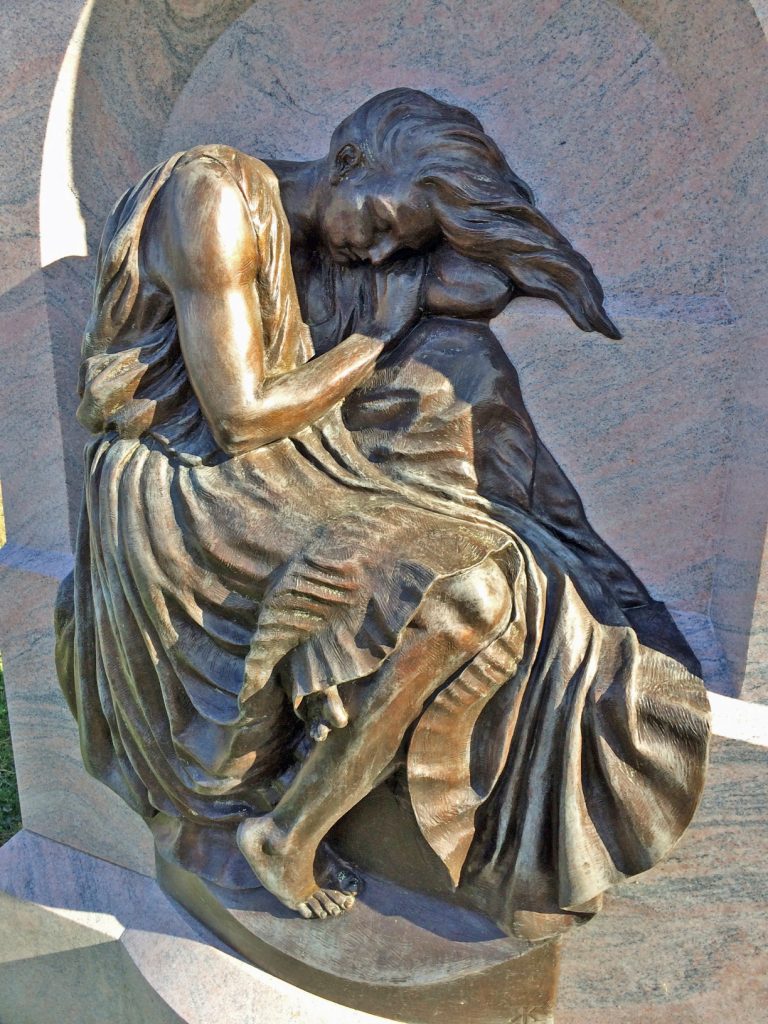 Wandering through Rock Creek Cemetery is a lesson is historic architecture. It’s probably the best cemetery in Washington for angels alone. The rich and famous from former Washington territorial mayor “Boss” Shepherd to president Teddy Roosevelt’s iconic daughter Alice are buried in this northwest cemetery that is not actually in Rock Creek Park, but along the road to it.

Researching this unusual marker above shared by sisters Dorothy Moran Worthington and Kathleen Lewis Martin found nothing on the latter. But, Worthington is a relative newcomer to the three-centuries-old cemetery after dying in 2011. The Mississippi native worked in New York where she was the executive secretary to NBC president Brandon Tartikoff before moving to Georgetown in 1990 to be near Martin. The opera and theater lover often signed off on the phone by telling callers, “Hello! I must be going!” made famous by Groucho Marx.