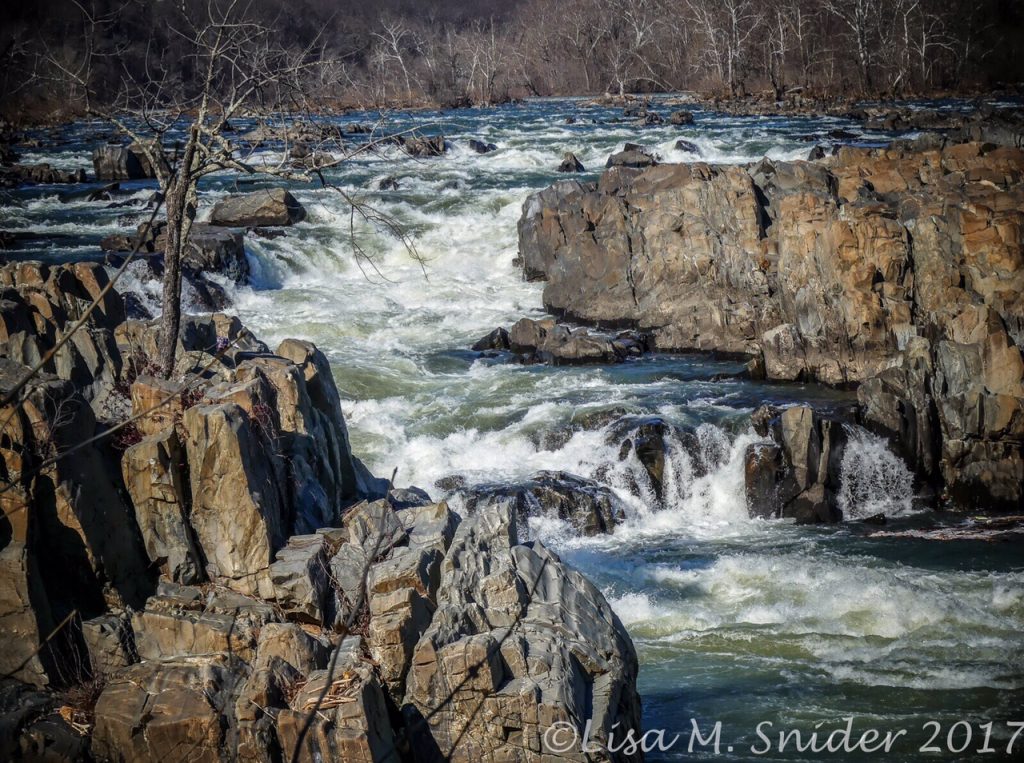 We take the Potomac River for granted as it passes often passively by Washington. But far north of the city lies Great Falls National Park where the water drops quickly and sometimes deadly.

I went there once as a young child. I remembered the river pouring over the rocks.

And that was my only memory for about 50 years until Sunday when a 70-degree day in mid-February compelled me to be outside. Why not go see it again, I thought.

Turns out lots of other folks had the same thought as the final few miles took more than 30 minutes and a remote parking lot was needed. But it was fun to see the falls that are nearly on the complete opposite side of town from where I live. The view looked much the same as I remembered.

Washingtonians a century ago used to visit the falls in the summertime to escape the heat. How they made it from the city mystifies me. It’s a good way from town.

But Washingtonians’ connection to the falls predates the city’s origins. George Washington believed a series of canals could connect the Potomac River between the East and Ohio Valley where the country’s western expansion would begin. In 1784, the Patowmack Company began five canals that were completed in 1802.

For 26 years, the canal would see great commerce over the three-day trip from Cumberland, Md to Georgetown. Railroads eventually made canals obsolete.

The falls are still a great recreational area with plenty of picnickers. People go swimming and boating along it, though the section near the visitor center has a sign stating seven people a year drown in the river so be careful.

I doubt I’ll be around in 50 years to see the place again. Maybe my grandchildren will one day want me to take them.

Rick Snider is a native Washingtonian, long-time journalist and licensed tour guide since 2010.
View all posts by Rick →
This entry was posted in Washington life and tagged Great Falls National Park, Photos by Lisa Snider. Bookmark the permalink.